Top Posts
Pomsky Dog Breed – Nature, Food, and Pictures
Why Does My Dog Have Bruises?
Why is My Dog Coughing?
Canine 411: All About The Schnauzer
What is the Best Food for My Goldendoodle...
Beagle Puppies – Discover the Extremely Cute Beagle...
The Best Dog Food for Beagles Revealed (Nutritional...
Canine 411: All About The Cavalier King Charles...
Goldendoodle Puppies: Core Facts for Dog Owners
What Does the Labradoodle Puppy Look Like? Care...
News

For years, neighbors in Reynoldsburg, Ohio have been worried about dozens of dogs living in what they repeatedly called “unhealthy conditions.” They’ve reported strong odors and countless incidents of dogs escaping from the yard, but nothing was done. When authorities recently arrived at the property for a death investigation, however, they realized the many complaints were more than neighborhood drama. A large number of dogs desperately needed help, and the city finally did something about it. 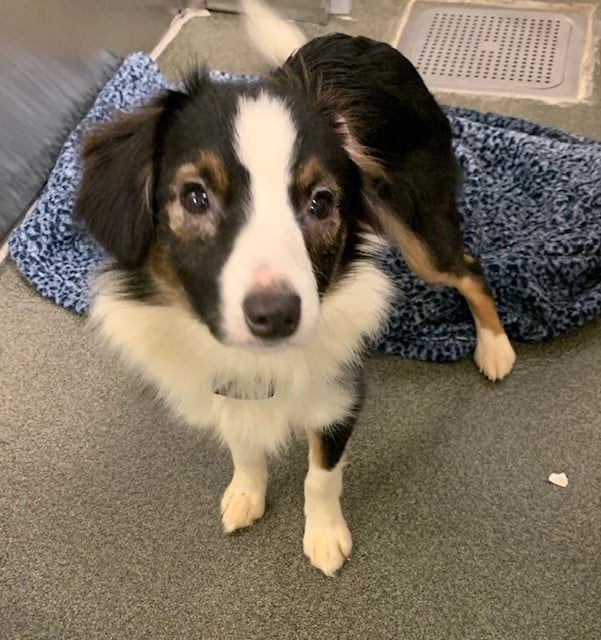 Columbus Humane Society reports 45 Australian Shepherds were found living on the property and in the house. Authorities say the dogs were surviving in unsanitary conditions. Many were suffering from health conditions most likely related to over crowding, and many more are unsocialized and untrained.

The human residents of the home were also supposedly suffering, as the house has since been condemned. The city is working on finding housing for the resident, but the 45 dogs are now in the safe hands of rescuers from Columbus Humane Society and the Franklin County Dog Shelter.

Considering the years of complaints and reports made by neighbors, it’s hard to understand how the situation got so bad. Local news agencies report that the main problem was that authorities never had adequate evidence to warrant action from state departments. 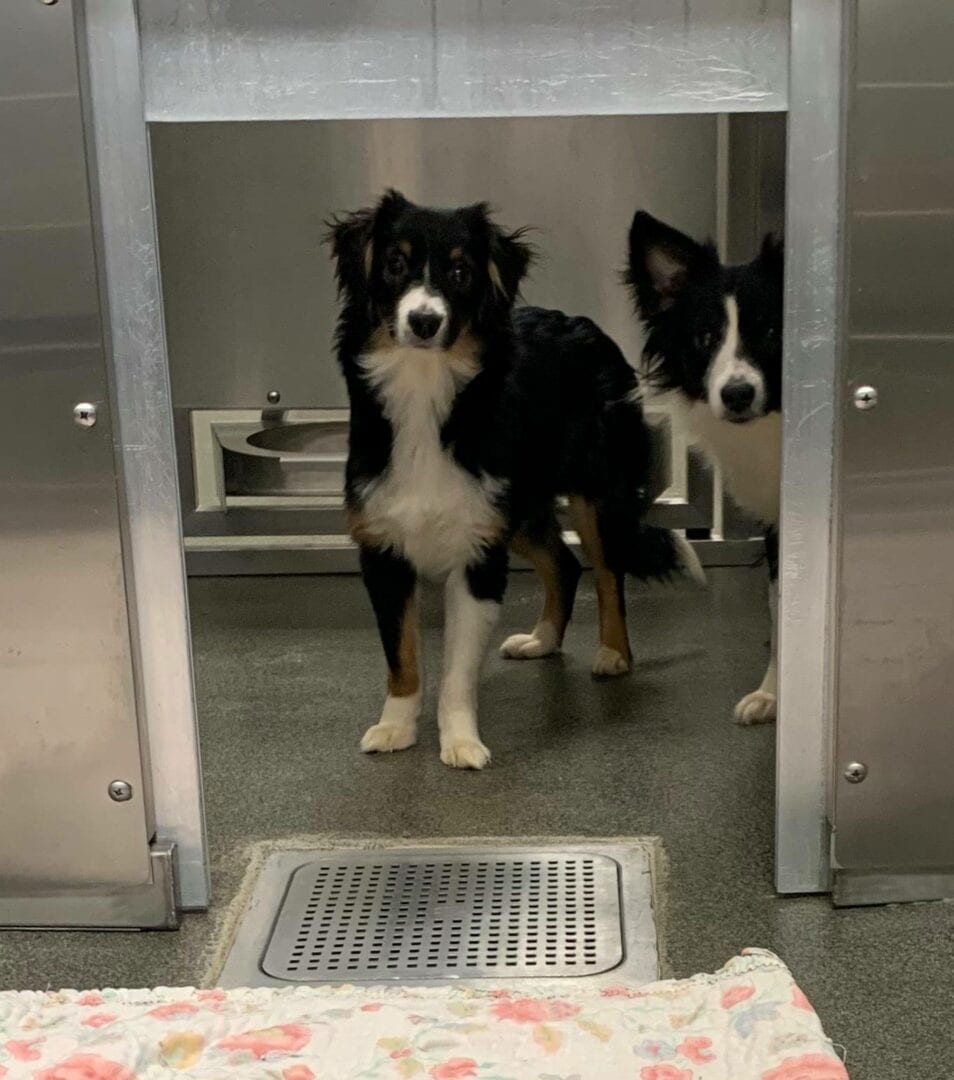 An investigation was reportedly launched in 2019 to determine if the residents were operating a commercial breeding business, but no action was taken. The final outcome found that “the condition of the dogs as well as the property did not meet the threshold of inhumane.” There’s no word on whether the dogs were being sold, purposefully bred, or simply collected as pets. Recent evidence, however, makes it clear that help was needed all along.

Now that the dogs are out of the house, rescuers are working on making them available for adoption. Both Columbus Humane Society and Franklin County Dog Rescue started by giving each dog a full veterinary exam. They treated minor health issues and evaluated each dog’s behavior. 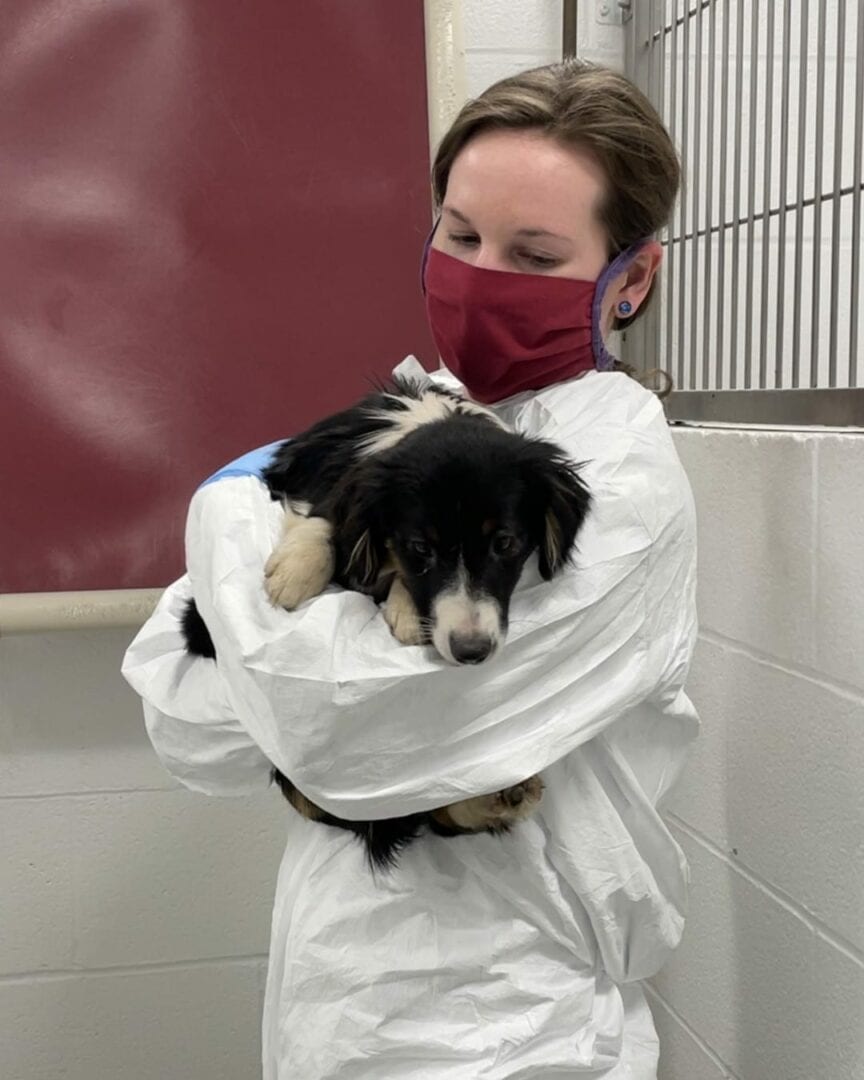 Rescuers are aware that as purebred Australian Shepherds, it won’t take much for the dogs to find new homes. They want to remind potential adopters, however, that most of the dogs are suffering from health and behavioral issues common in hoarding situations. Most don’t know how to walk on a leash, are not house trained, and are fearful of people and new situations.

Each of the Australian Shepherds is going to need a home where they will be given time to decompress. They’ll need patient families willing to use positive reinforcement training and offer lots of love.

You can visit the Columbus Humane Society and Franklin County Dog Shelter Facebook pages to learn more about the dogs and the adoption process.

New DOT Rule Says Dogs Are The Only...