How I Taught My Dog To Stop Pulling On The Leash

The first time I attempted to walk my dog, Bailey, she tried her best to pull my arm off. She was so excited to go for a walk that nothing else in the world mattered–especially my increasingly frustrated voice. I wanted to enjoy our walks, not get leash burn on my wrist. It was obvious I needed to do something to stop her from pulling on the leash, so I talked to a trainer and did some research.

The problem was, training a dog to stop pulling on the leash isn’t exactly easy. I wanted a quick fix. I wanted to snap my fingers and have Bailey walk calmly by my side. Obviously, that’s not what happened. Instead, I worked every day to improve Bailey’s behavior. It took time and more patience than I thought I had, but it worked! 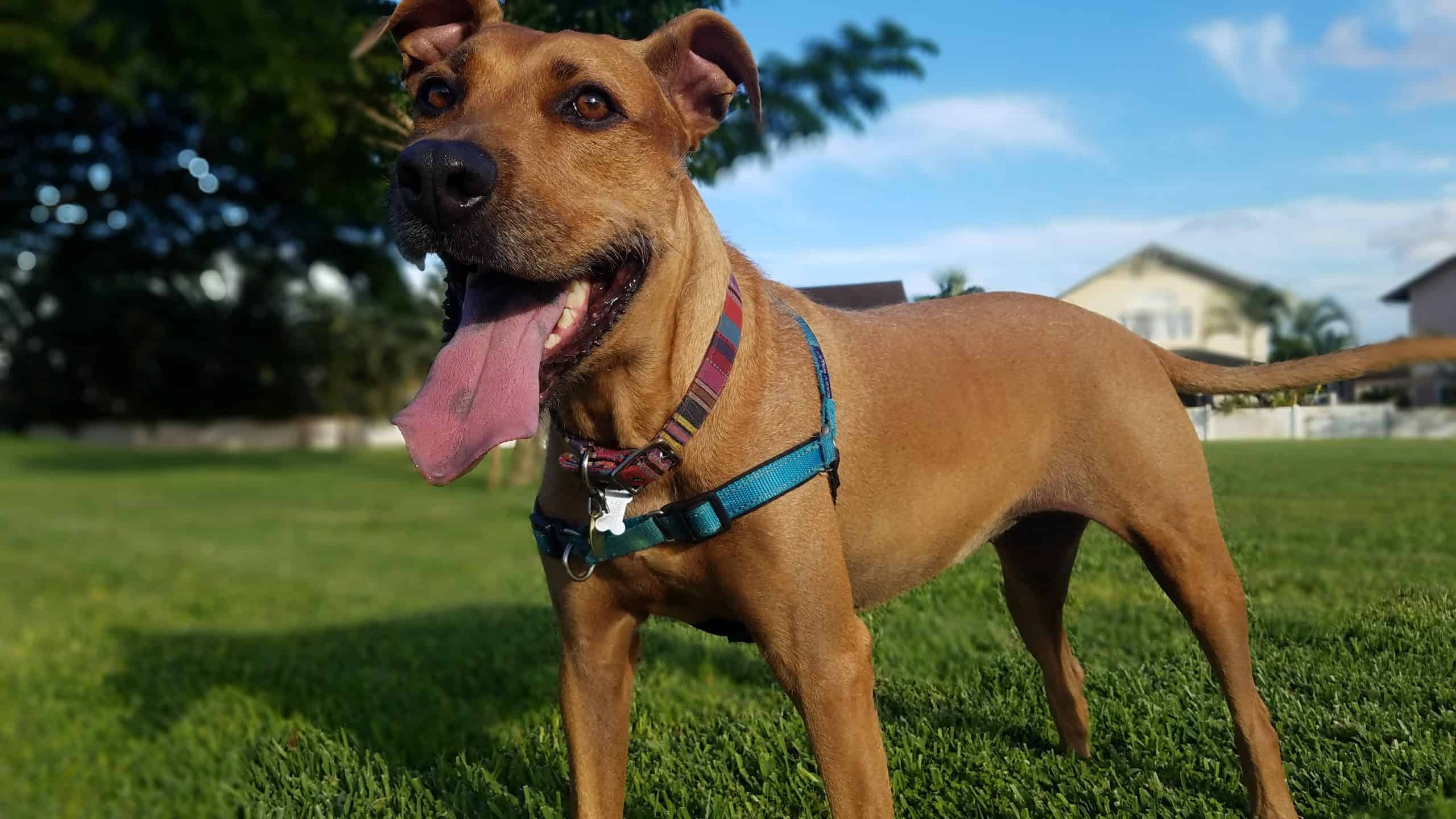 If you’re struggling to walk your dog because they won’t stop pulling, here’s how to do it.

Before you can start training your dog, you have to understand their behavior. It’s a myth that dogs pull because they want to “dominate” their handlers. It has nothing to do with leading their pack of two. Instead, pulling has everything to do with a lack of impulse control.

For most dogs, going on a walk is the best part of their day. It’s their chance to be outside and explore. They get to smell new smells, experience new things, and there’s always potential for something awesome to happen.

This excitement makes dogs want to forge ahead. They’re too excited to think about their slow-poke human on the other end of the leash. Slowing down and walking calmly takes a lot of impulse control that most dogs don’t have unless they’re taught.

It’s also important to point out that there’s a difference between pulling on the leash and leash reactivity. If your dog lunges or barks at people or other dogs while on the leash, you’re probably dealing with the latter. Leash reactivity is a whole different issue.

Get The Right Equipment

Now that you have a better idea what you’re dealing with, it’s time to gear up. You’ve probably noticed that attaching your dog’s leash to their collar is not a good idea when they’re putting all their strength into moving forward. Putting that much strain on the collar is dangerous and could cause serious neck injuries. You and your dog will both be better off if you invest in a quality harness.

They type of harness you choose is important. Popular dog trainer Victoria Stilwell recommends front-clip harnesses for dogs that like to pull. The reason is because when the leash is clipped to a dog’s chest (as opposed to their back or neck), the harness will turn the dog’s body backward instead of letting them move forward. This reinforces the concept that pulling on the leash never gets them where they want to go. 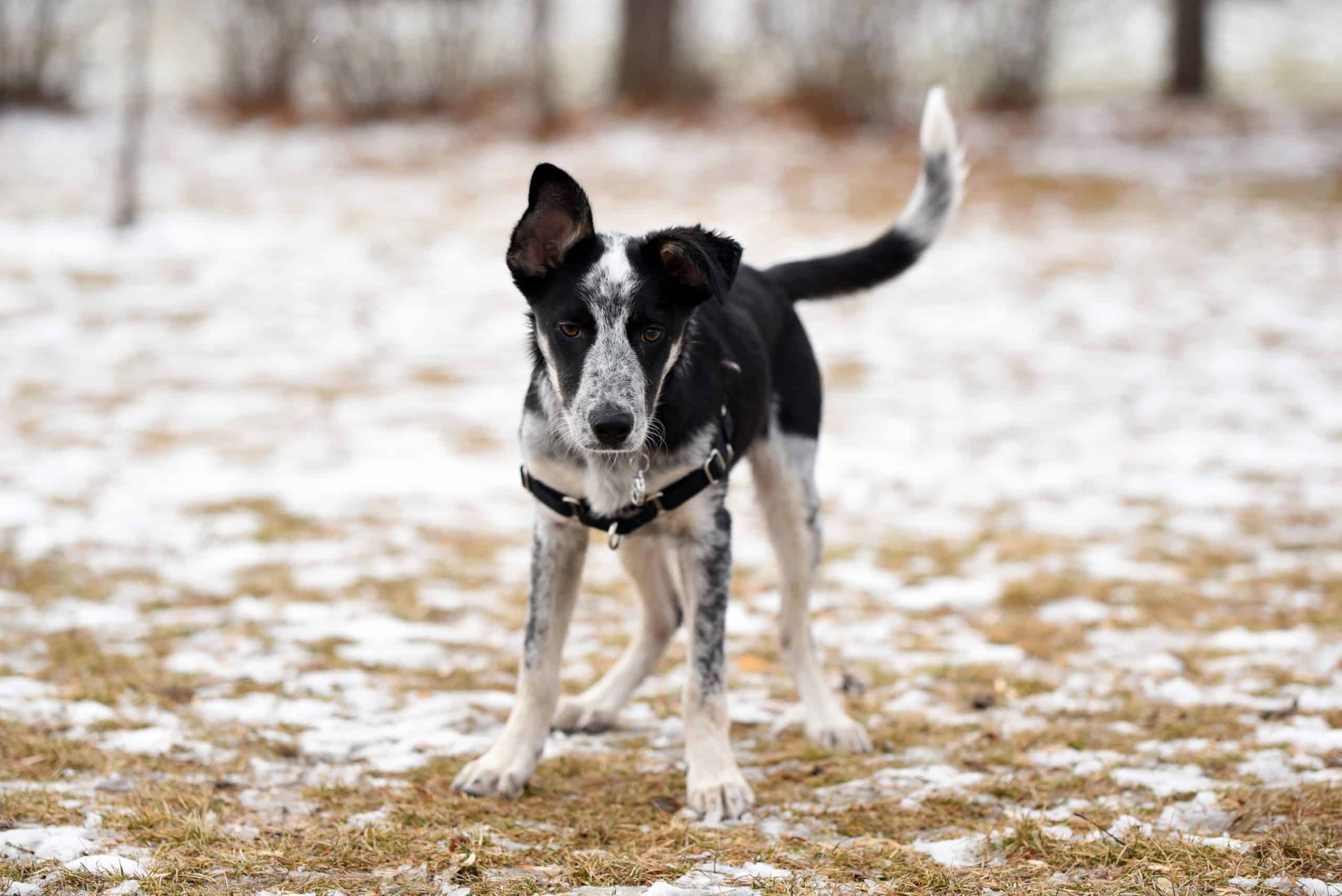 I only use front-clip harnesses for my dogs, and I highly recommend them. I’ve used both the Easy Walk Harness and this one from Ruffwear.

Here’s How I Trained My Dog

A front-clip harness will help, but you’ll also need to train your dog how to not pull on the leash.

I know that when your over-excited pooch is pulling your arm off, your instinct is to pull right back. We try to control our dogs with force, and jerking on the leash or dragging them backward is what our frustrated minds tell us to do.

But you have to resist that urge. Trust me, I know that won’t be easy. But instead of playing a game of tug-of-war with your dog’s leash, you need to show your dog that walking calmly with a loose lead is actually in their best interest.

You also need to show them that they won’t actually get where they want to go if they pull. When your arm is tired and you’re frustrated, it’s easy to just let your dog pull you around. But that only makes the problem worse. 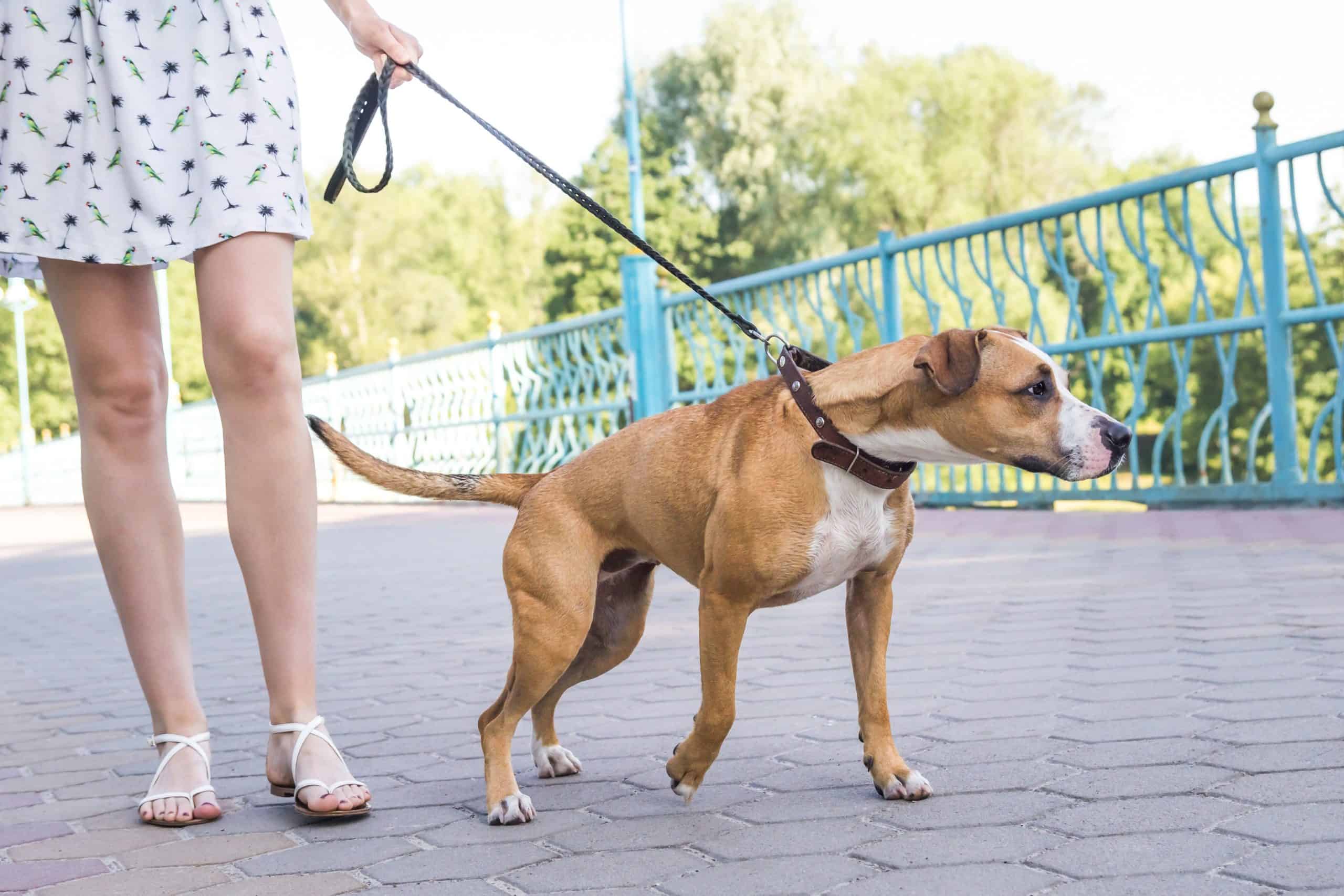 Here’s a breakdown of what most trainers recommend for dogs that pull on the leash. It’s what I did for Bailey, and it really did work.

I wish training a dog to stop pulling on the leash was as simple as following those three short steps. But if your dog is a serious puller, it won’t be that easy. With that said, don’t be discouraged.

For a lot of dogs (Bailey included) getting them to loosen the leash isn’t easy. You need to offer them something that’s more interesting than their overpowering urge to move forward. To do this, try saying their name in an excited voice, making a weird sound, or offering them a treat. 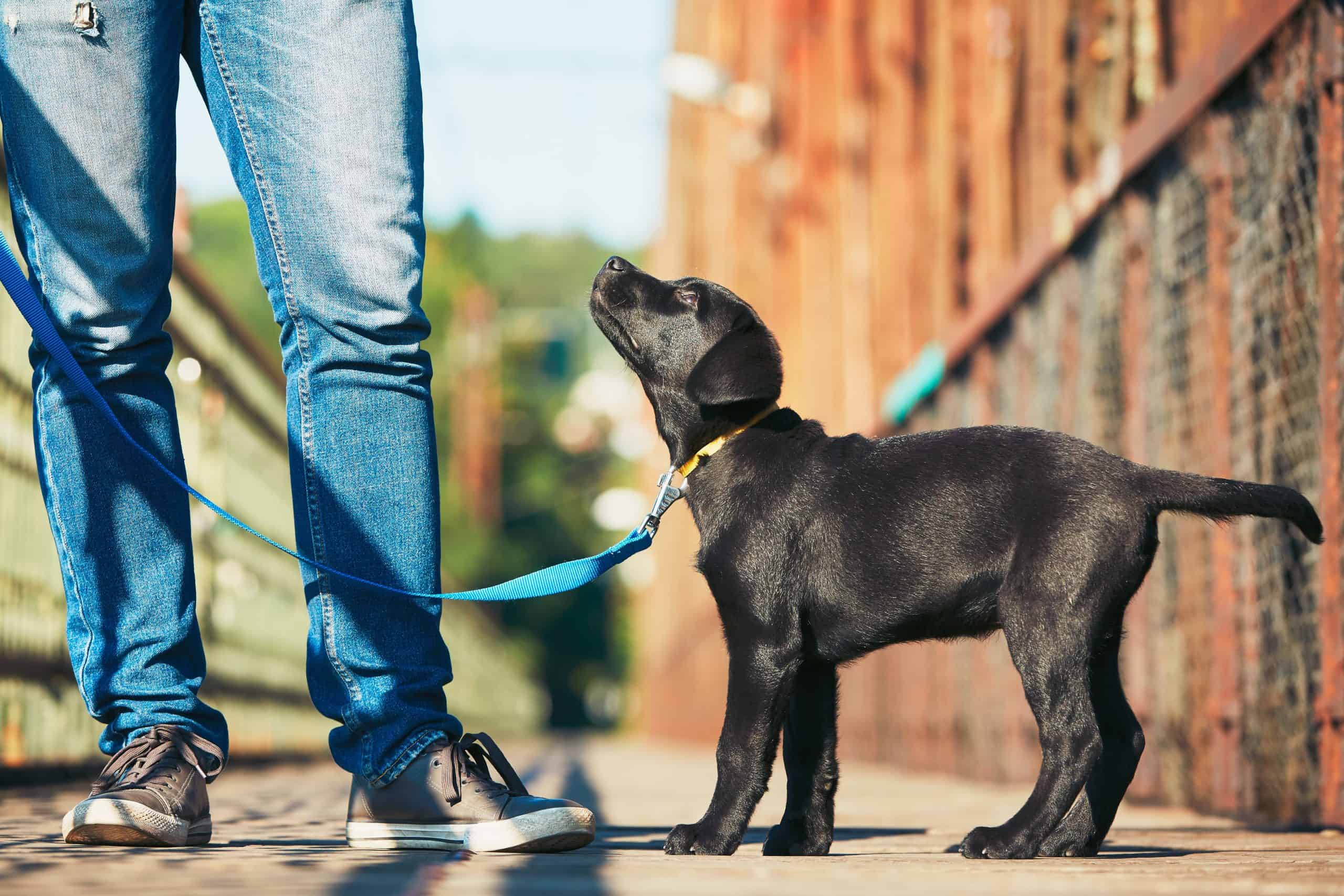 The only thing that worked for me and Bailey was a super high-value tasty treat. The trick was that it couldn’t be just any treat. I had to offer her something that she only got during these leash training sessions–and it had to be GOOD. For her, it was chicken patties or steak. I even used peanut butter crackers when I didn’t have anything else.  It was weird walking down the sidewalk with almost a whole steak in my pocket, but it was worth it to grab Bailey’s attention.

Every time Bailey pulled (which was basically every step), I stopped and called her name. It took a few tries for her to realize I was offering something super tasty, but once she caught on, she would turn around and come get her treat. When she did this, she put slack in the leash and we could keep walking. As soon as the leash was tight again, we repeated that process.

The treat worked (most of the time) to get Bailey to come back to me, but she’d go right back to pulling. I could only take a few steps before we were forced to stop.

This was extremely frustrating, and it made our walks take forever. To help with this, I had to change my mindset. I used to walk my dogs with a specific route in mind. But when I was training Bailey, I changed it to a time limit.

I’m not a patient person. I realized that I could only work with Bailey on the leash for about 15 minutes before I was so frustrated I needed to quit. So that’s what I did. I set a timer on my phone and forgot about the distance. When we first started, Bailey and I didn’t even make it out of the cul-de-sac in those 15 minutes. We’d take a few steps, stop, take a few more steps, and stop again. With time, however, Bailey learned, and we made it farther and farther. 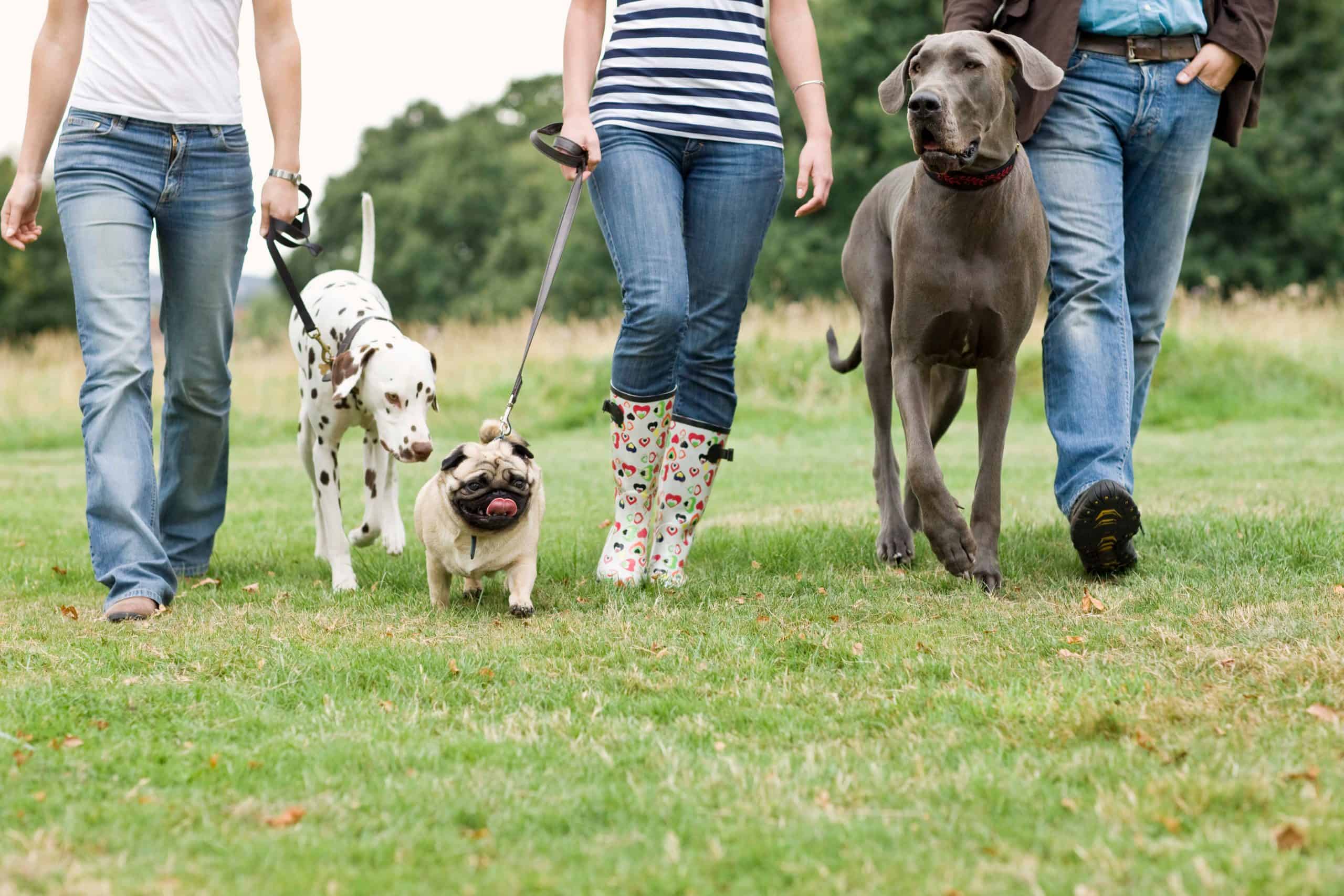 Walking an overexcited dog is frustrating, but if you want to see results, you need to work through that and go on walks every day. Maybe even multiple times a day.

“Frequent rewards will help your dog figure out more quickly what behavior you’re looking for and make the learning process easier for her.”

The more walks you go on, and the more often you use positive reinforcement to prevent pulling, the faster your dog will learn.

My best advice for training your dog to stop pulling on the leash is to not give up. It took weeks to get Bailey to a point where we could go on a regular walk. Even now, she’s not perfect. She gets excited and forgetful, but I have seen incredible improvement since the day I first brought her home. We continue to work on this skill, and I’m so happy to have her as a walking partner.

Do you know how to help your dog overcome car sickness? Find out here. 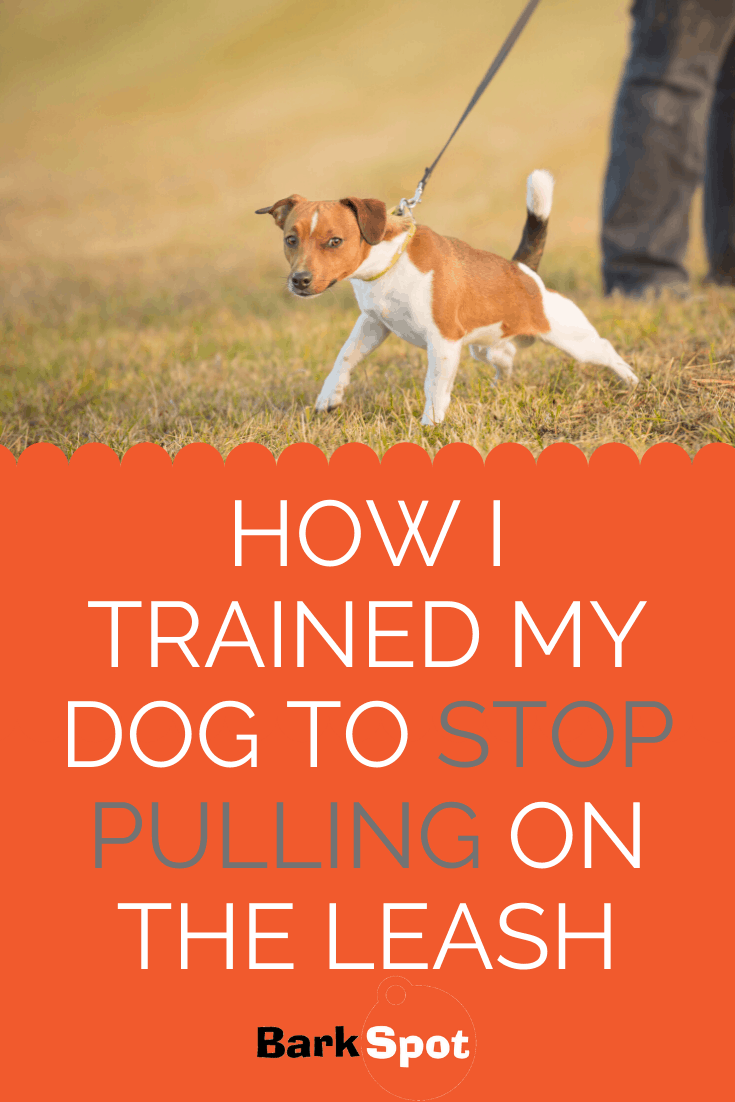