Top Posts
What To Do If Your Dog Is Stung...
The Seven Most Dog-Friendly Cities Around the World
Canine 411: Beagle Mix – Everything You Need...
Tips For Identifying Dog Fleas And Top Flea...
Anxiety Medication for Dog Anxiety – All You...
Want Another Pup? Here’s How To Know When...
The Ultimate Guide for The Cavoodle Dog Breed
Helpful Tips On How To Teach Your Dog...
The Truth About Ear Cropping: Why You Shouldn’t...
5 Off-Leash Dog Beaches In The US Your...
News

Mutt Misfits Animal Rescue Society in Oklahoma has seen more than a few special dogs come into their care. They’re a volunteer-based animal rescue organization that focuses on saving dogs with illnesses and injuries from kill shelters. They take in dogs of all ages, breeds, and from all types of backgrounds. When the rescue’s founder, Heather Hernandez, learned of a puppy born with a third ear, she knew she had to help.

Just look at that cute face! 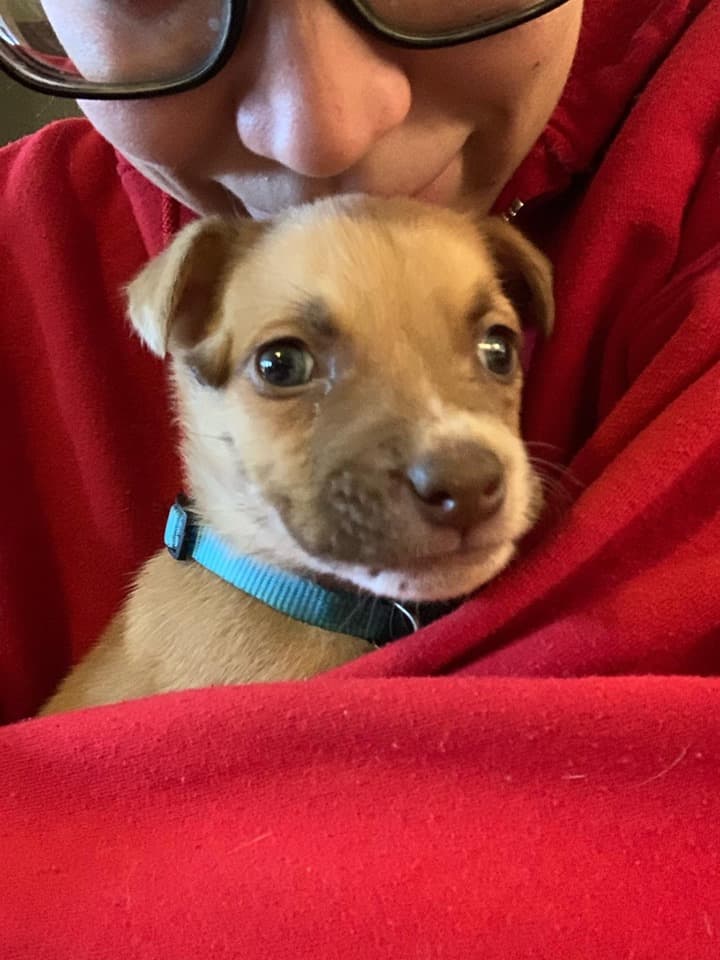 According to Mutt Misfits, the tiny puppy named Trip was born into a litter of healthy puppies. But when his former owners noticed something odd about Trip, they weren’t sure what to do.

Trip, with his adorable blue eyes and golden fur, has a third ear on the right side of his head. There’s a slim chance the extra ear could be similar to a large skin tag, but Heather says it appears the third ear is more than a surface deformity. Trip has also been suffering from seizures, blindness, and loss of balance.

Mutt Misfits won’t know more about Trip’s health, his prognosis, or his third ear until they can perform a CT scan and MRI. He has already been examined by a vet, but it’s difficult to uncover what exactly is going on without further veterinary intervention.

They’re currently raising money to pay for the necessary veterinary tests and the likely scenario that Trip will need further care. One question they’ll need to answer is if Trip can actually hear out of his third year. They also need to know if the extra ear is responsible for the puppy’s seizures.

Most of the time, Trip acts like a normal puppy.

For now, little Trip is safe and happy with Heather. He’s enjoying all the cuddles and attention, and Mutt Misfits is doing everything they can to keep him comfortable. Heather and her team have experience caring for special needs dogs, including a dog named Toad who had an extra mouth in her ear. Toad sadly passed away, but her sweet personality has inspired animal rescuers to never give up on their mission to save lives.

“I absolutely love him [Trip]. I had a soul dog named Toad who had two mouths, one where it should be and an extra one in her ear. When the owner of Trip contacted us, I had to take him because he reminded me of her.”

Trip’s future is still unknown, but one thing is for sure. Mutt Misfits will do everything they can to give the puppy a good life. His third ear isn’t exactly ordinary, but it doesn’t change the fact that he deserves love, comfort, and all the puppy snuggles he can get.