When an Old English Sheepdog named Arlo was surrendered to Battersea Dogs and Cats Home in London, his long fur was incredibly matted. It was so bad, the poor pup regularly walked into walls and door frames because he couldn’t see. His previous family surrendered him to Battersea hoping to give him a better life, and that’s exactly what rescuers set out to do.

The most urgent issue for Arlo was his impossibly tangled fur. The heavy knots pulled at his skin and made even the most gentle movements painful. Because of his constant discomfort, the two-year-old Old English Sheepdog was anxious and nervous. His matted fur was affecting both his physical and mental well-being.

To bring Arlo relief, Battersea rescuers decided to do something they normally don’t do for long-haired dogs. They knew he desperately needed help, so they decided to give him a much-needed haircut.

“We wouldn’t normally clip a dog with such long hair, but as Arlo was in such discomfort, we felt that this was best for his welfare. Dogs with long hair require a lot of grooming and attention. This not only helps to keep him looking smart, but grooming is also vital for their physical health and well-being too.” 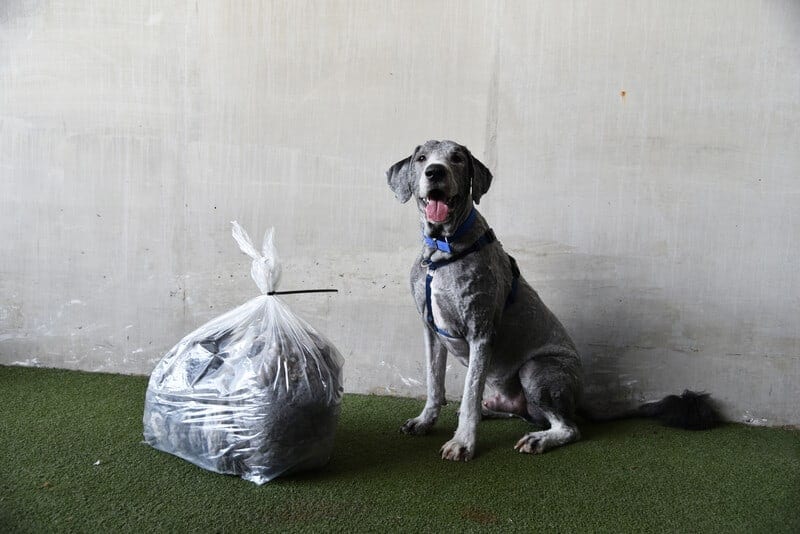 Arlo was sedated during the process, and groomers ended up with about four pounds of dirty, matted hair.

Now that Arlo is free from his mats, he looks like a completely different dog. He’s four pounds lighter, a lot less fluffy, and he moves around with more freedom and confidence.

“Arlo seems to have grown in confidence since having a haircut. He can see properly and is so much more comfortable with handling. He’s had a real ‘glow-up’ and now loves nothing more than running around and playing with his friends.”

The next step for this playful Old English Sheepdog is finding a family that’s willing to work with him. His fur will eventually grow back, and he needs a family that will keep him well groomed. He’s still slightly uncomfortable with being handled, so his new family will need to gently introduce him to regular grooming. 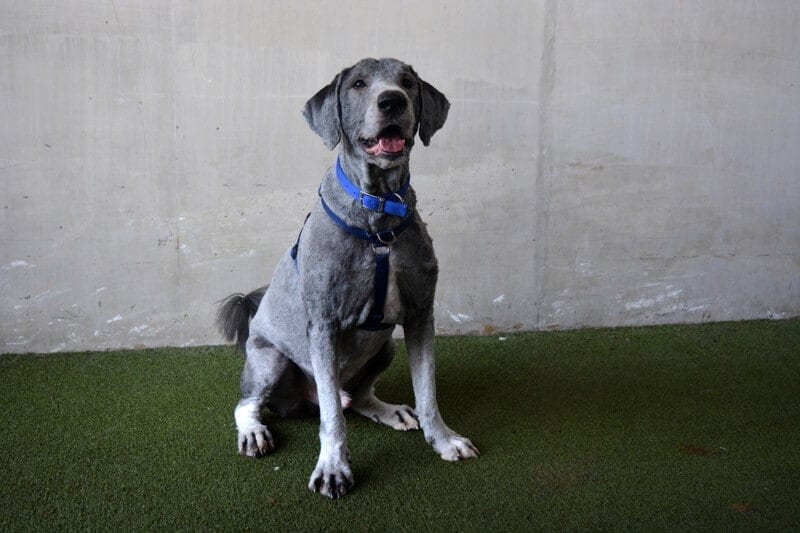 If you’re looking for a big bundle of (soon-to-be) fluffy love to add to your life, Arlo could be your dog. Visit the Battersea website to learn more about their adoption process.

Battersea has been helping homeless dogs and cats since 1860. In that time, they’ve rescued, reunited, and rehomed over 3.1 million pets, and they’re far from finished. They believe every animal is worth saving, and they use their influence and experience to help animals across the world. Every animal that comes through their doors is guaranteed a chance at a new life, and they stay as long as it takes to find them new families.

Do you love rescue dogs? Click here to learn how a teenager developed a program to help more dogs find good homes.

Now Is A Great Time To Foster Rescue...

These New Tiny Dog Sofas Are Just Another...

Remembering Marnie: An 18-Year-Old Dog With A Beautiful...