The recent retirement ceremony held by sailors at Virginia’s Naval Air Station Oceana was marked by salutes, congratulations, and more than one belly rub. Bob, a lovable Labrador Retriever, was the star of the show as he celebrated six years of loyal military service. The military working dog is ready to kick back and relax, but his fellow sailors couldn’t let him leave without honoring his commendable career. 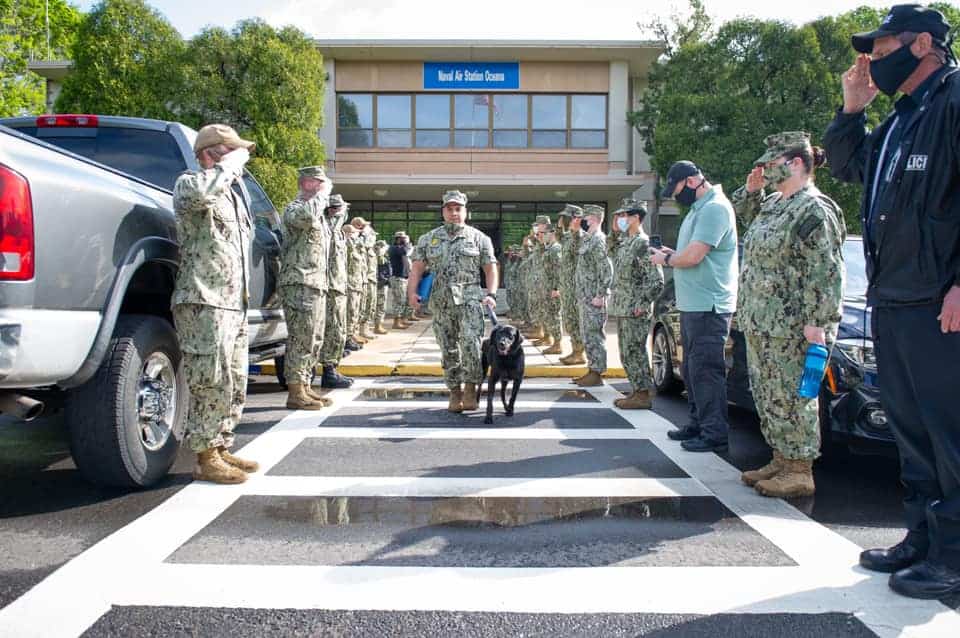 On his last day at work, military officials awarded Bob the Navy and Marine Corps Commendation Medal. The medal is awarded for heroism and meritorious achievement—both of which Bob exemplified during his years of service.

To mark the occasion and celebrate Bob’s retirement, sailors lined the path and saluted as the canine retiree strutted proudly toward his new life.

At nine years old, Bob has led an impressive military carrer. After training at Lackland Air Force Base in Texas, he worked as a Marine and proved himself to be a talented bomb detection dog. Bob served in Afghanistan on a bomb-sniffing mission risking his life to protect both citizens and fellow service members.

After his deployment, Bob transferred to the Navy. He worked at several Naval bases before arriving at Oceana. During that time, the military dog is credited with protecting several high ranking government and military officials. 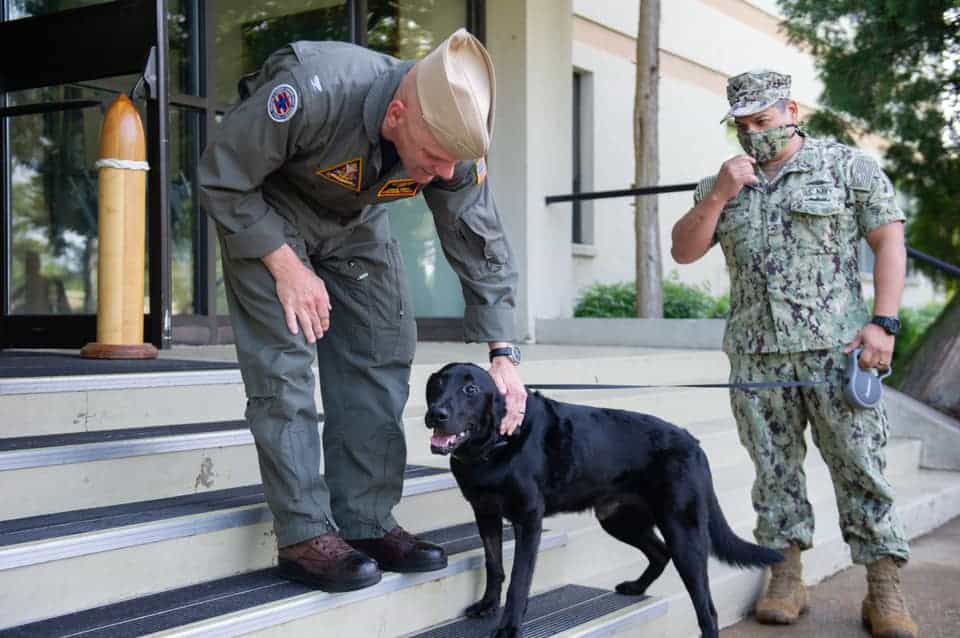 With numerous successful explosive searches under his collar, Bob is valued as a trusted and hard-working member of the Navy. And now that it’s time to retire, his fellow service members are looking forward to seeing the canine hero enjoy a cushy new life.

Bob’s just a big sweetheart. All he ever wanted to do was find bombs and catch a tennis ball.

Now that he’s retired, there will be plenty of tennis balls for Bob to catch. Hausmann also says the “big lovable goof” already enjoys taking up room on the couch and watching the squirrels and ducks in the backyard of his Virginia Beach home. He gets along with his two new canine siblings and looks forward to plenty of long walks. 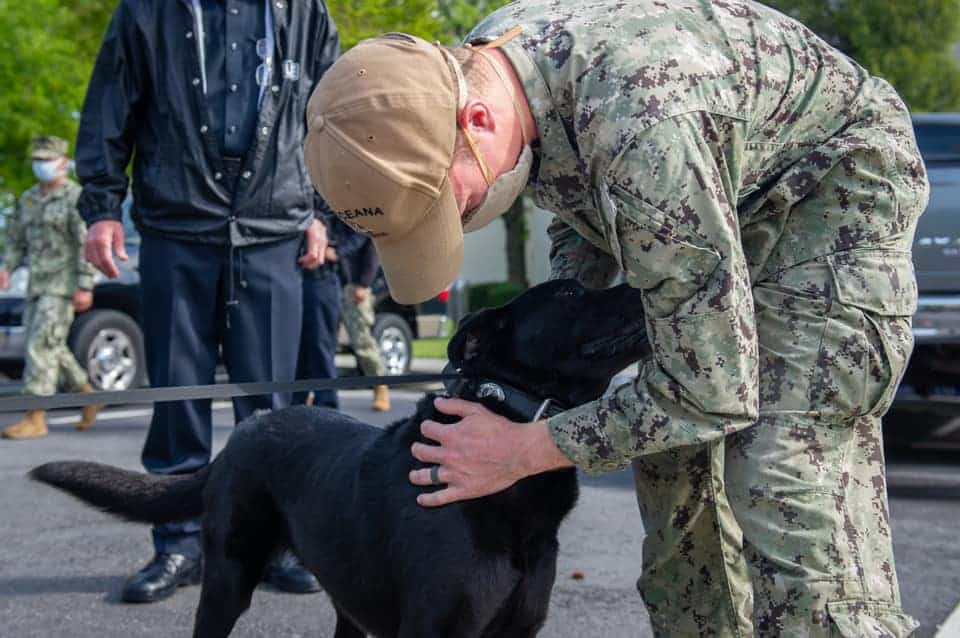 And while Bob didn’t have much of a reaction when he was presented with his commendation medal, he did get excited when he was allowed onto Hausmann’s bed for the first time. Bob’s proud new family says the happy dog spent “about 20 minutes just rolling around.”

Retired Military Working Dog Bob (that’s his new official title) is done sniffing out bombs, but he’s only getting started with his official new family. The former military working dog will be well taken care of as he enjoys all the riches of a well-earned retirement.

Next Up: Learn how scent detection dogs are being trained to sniff out coronavirus.

Meet Molly, The Eco-Conscious Lab Who Has Collected...

Scent Detection Dogs Are Being Trained To Sniff...

Dog With The Longest Stay In Shelter’s History...

Dog Looking For New Family After Both Her...