Top Posts
Pomsky Dog Breed – Nature, Food, and Pictures
Why Does My Dog Have Bruises?
Why is My Dog Coughing?
Canine 411: All About The Schnauzer
What is the Best Food for My Goldendoodle...
Beagle Puppies – Discover the Extremely Cute Beagle...
The Best Dog Food for Beagles Revealed (Nutritional...
Canine 411: All About The Cavalier King Charles...
Goldendoodle Puppies: Core Facts for Dog Owners
What Does the Labradoodle Puppy Look Like? Care...
Dog Health

What Colors Can Dogs See? Find Out About Your Dog’s Eyes Here

Have you ever been staring up at the bright blue sky and wondered if your precious pup could see it too? Common knowledge says all dogs are colorblind but does that mean your pooch only sees the world in shades of grey? In truth, your dog’s eyes are a lot more complicated and exciting than you might think. 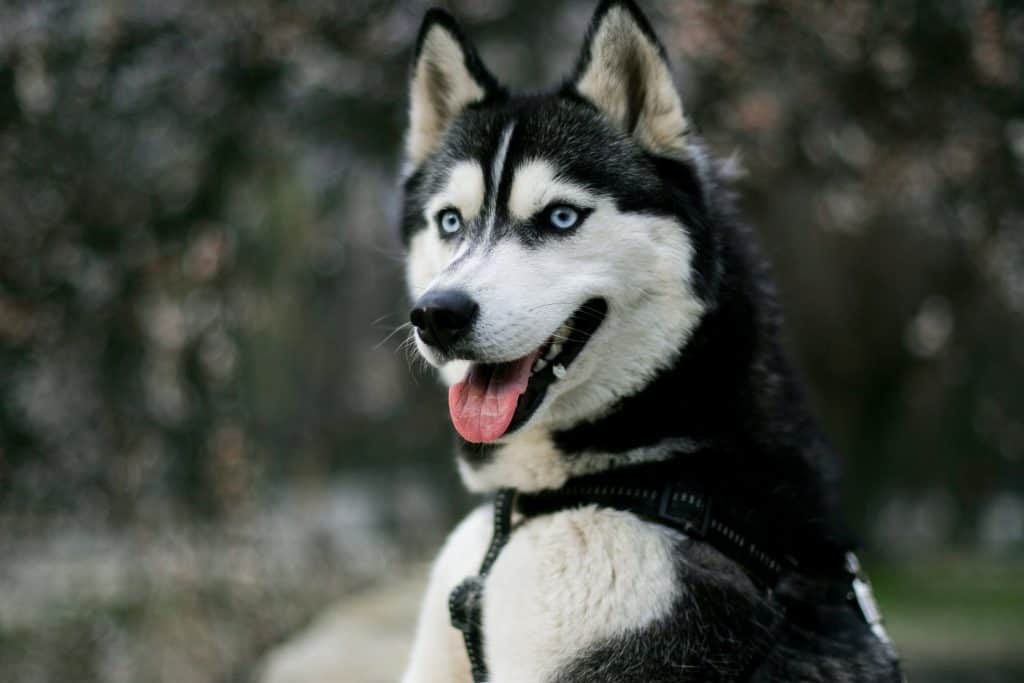 Before asking why dogs can’t see in color, we must first look into why humans can.

Humans evolved with trichromatic vision so that we could efficiently forage for food. In a dense forest, being able to discern which leaf was green and was bright red and poisonous could be the difference between eating lunch and being lunch in the animal kingdom. In contrast, canines got most of their nutrients through hunting, so distinguishing colors wasn’t a huge priority.

Additionally, dogs’ eyes are generally further apart than their human owners, which gives them a wider range of peripheral vision, but far less depth perception. This makes sense in the wild because it means it’s much harder for other predators to sneak up behind them. Additionally, their powerful sense of smell means they don’t need particularly strong depth perception to know how far away it is from their nose. 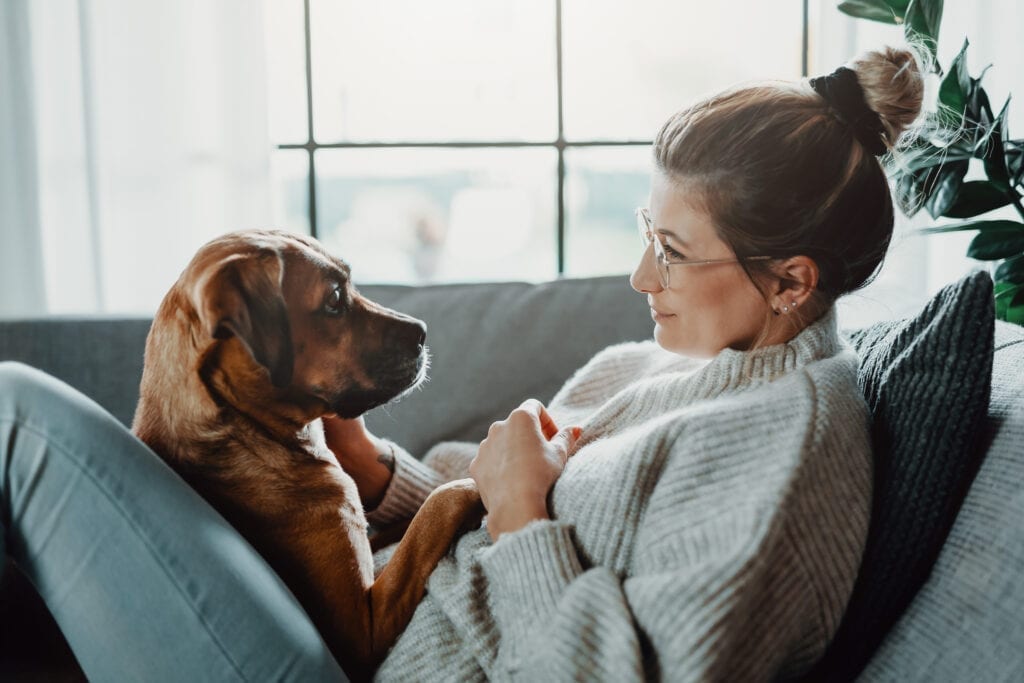 Both canine and human retinas are covered with millions of light-sensitive cells, shaped like rods or cones.

Rods help distinguish light from dark, while the cones identify different colors. While human retinas have three different types of cones, which allow them to see in combinations of red, blue, and green, Dogs only have two types of cones within their retinas, which enable them to distinguish between blue and yellow but not much else. This is known as dichromatic vision and means that they cannot determine green and red pigments.

Your dog can see red.

They just don’t see it the way you do. To them, bright red appears brown and muddy. Many dogs display a preference for blue and violet colors since, according to Dr. Gary Ryder, “that is where the strength of their cones lies.” In a world of sepia and pastels, a bright cobalt chew toy must seem particularly interesting to your canine companion. 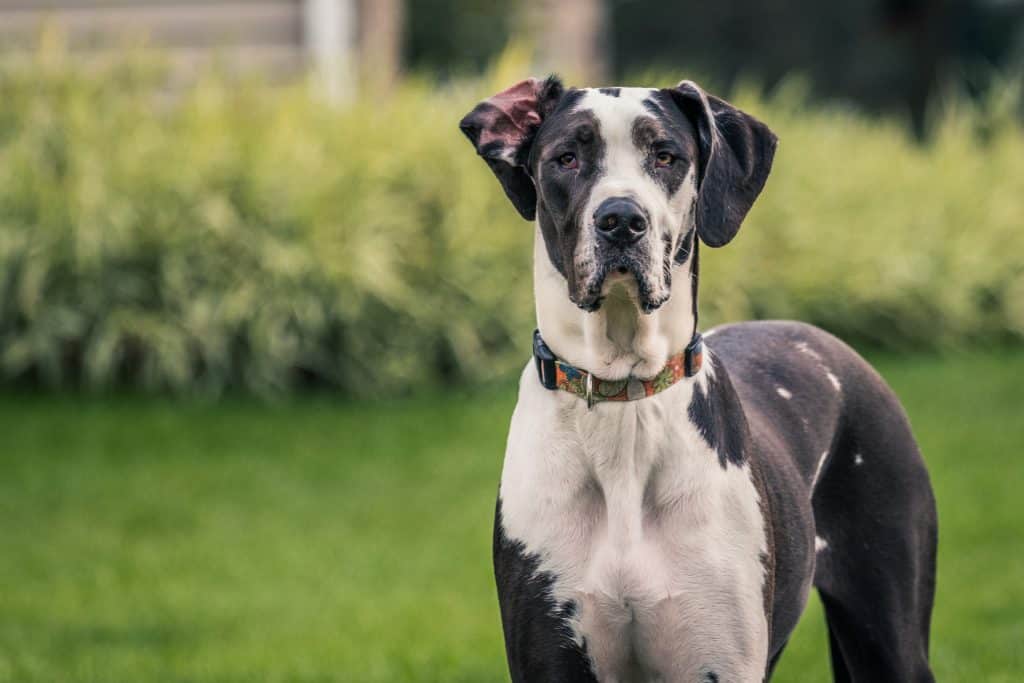 While your dog might not see the world the same as you, they have a whole spectrum of other senses to make up for it.

Since dogs have way more rod cells in their retinas than humans, they can detect motion far easier than humans and generally have much better vision than humans in dim-lit areas. According to Dr. Goldstein, a veterinarian, there have even been reports that dogs “can very accurately differentiate among different shades of gray, even though they would appear closely associated to us humans”. So, if you wear a lot of greys, your dog may be able to color match your outfit even better than you do.

Did you learn anything new and interesting about our four-legged friends? Share this article with other dog lovers that you know so they can learn something, too.

Why Does My Dog Have Bruises?

Why is My Dog Coughing?

How Fast Can a Beagle Run – Best Beagle Exercise Tips

Why Are Dogs So Loyal?

What Is A Dog Ovary-Sparing Spay?

What To Do If Your Dog Is Stung...

Anxiety Medication for Dog Anxiety – All You...

The Truth About Ear Cropping: Why You Shouldn’t...

Avery Dove is a full-time animal lover and part-time writer for barkspot.com. She is an avid crafter and history buff, and when she’s not writing, she is probably cooking or filming a video for her YouTube channel. To learn more, check out her website: homebuddyliving.com.