Why Your Dog Eats Grass, Plus Explanations For Other Odd Eating Habits

Dogs are full of surprises, especially when it comes to their eating habits.

I can sit in my yard and watch my two rescues sniff around and do their thing for hours. They’re always up to something, and I wish I could see inside their brains to know exactly why they do what they do. I can’t count the number of times I’ve seen them eat grass or start licking things that definitely shouldn’t be licked. My girl dog, Bailey, even goes through phases where she insists her own poop is a delicious delicacy. It’s pretty gross—especially since she’s a big fan of giving kisses.

If your dogs are anything like mine, they can have some seriously strange eating habits. Most of those habits are completely normal for dogs, but there are some things to watch out for. Here’s a breakdown of a few odd eating habits and what they mean. 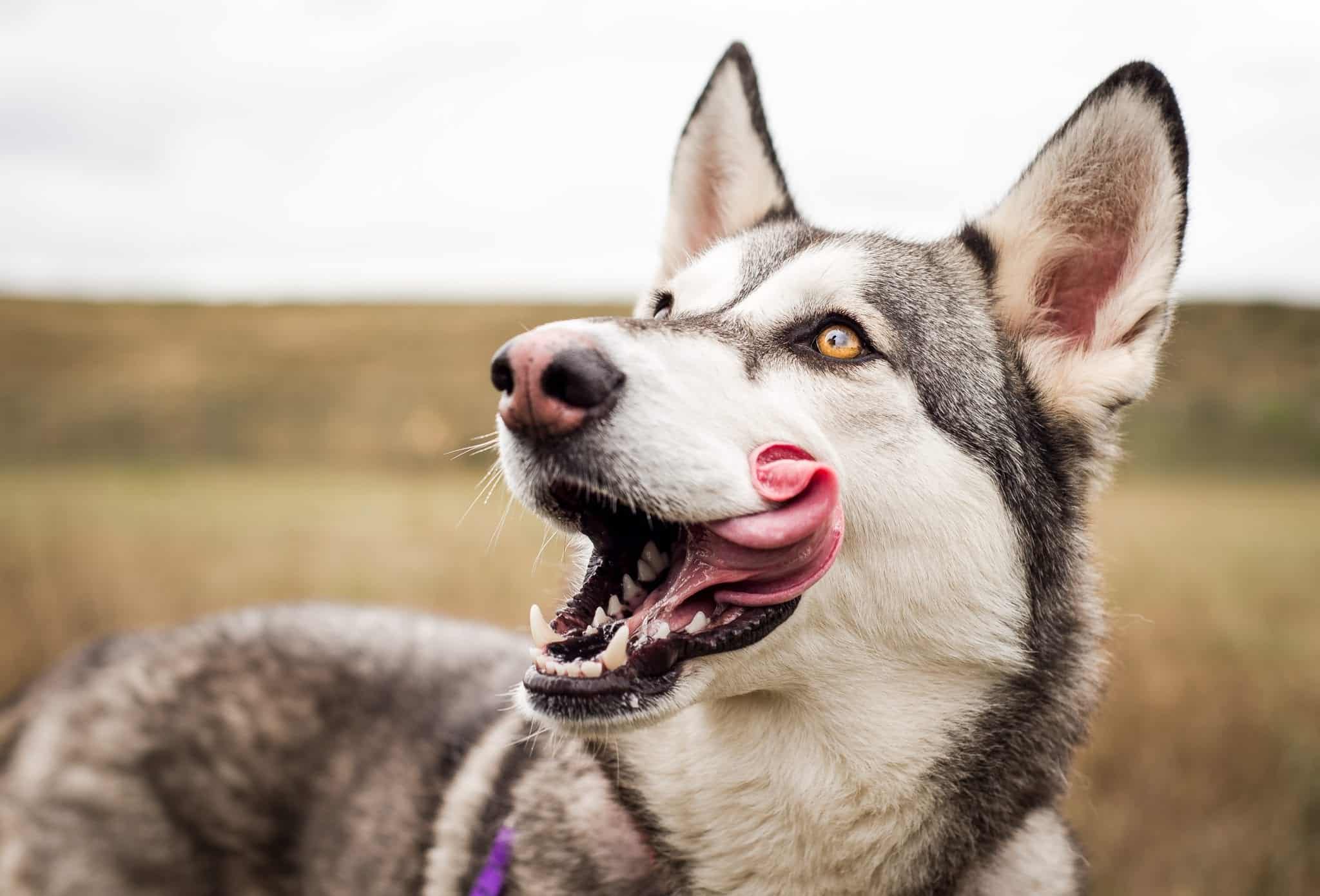 Why Do Dogs Eat Grass?

Pretty much every dog on the face of the Earth will eat grass at some point in their lives. It’s one of the most common canine behaviors, and it doesn’t necessarily mean what you think it means. We were taught growing up that eating grass is a sign a dog is sick. New studies show that in most cases, this isn’t true. Fewer than 10% of dogs that eat grass show signs of feeling unwell before they start grazing on the lawn. Research also shows that only around 25% of dogs vomit after their grassy snack.

The more likely reason why your dog eats grass is because they simply like the taste. When I used to walk my dogs through an open field that was filled with long grass, they would always want to stop and take samples. They would spend minutes at a time eating that tasty grass if I let them, but they didn’t eat grass anywhere else. There was something special about that grass. You don’t have to panic if your dog starts eating grass, but you should prevent them from eating too much. Grass can clump up inside a dog’s digestive tract and cause serious issues. It can also be hard for dogs to get grass out the other end—if you know what I mean. 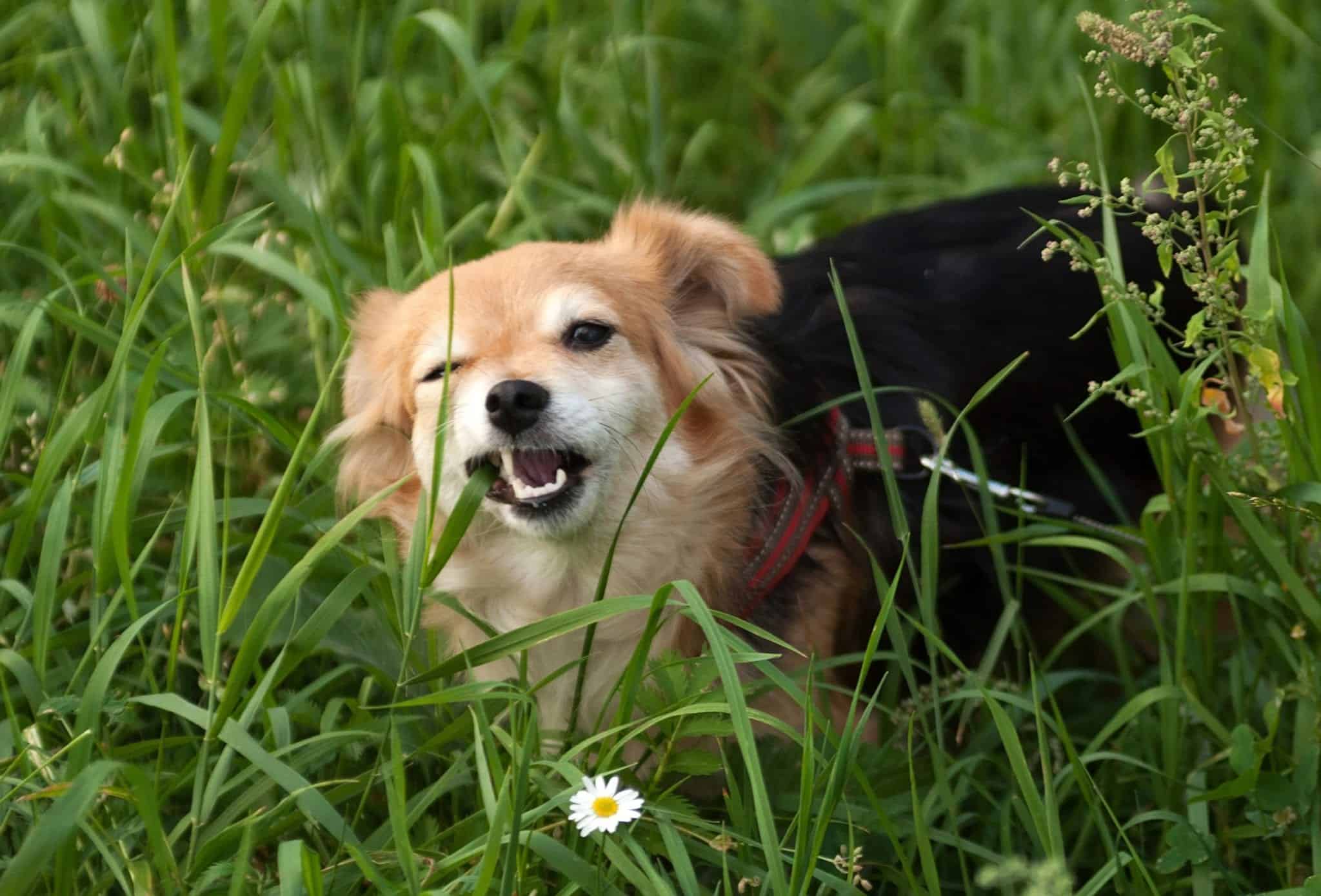 Why Do Dogs Eat Poop?

While you might not like it when your dog eats grass, I can guarantee that you definitely won’t approve of your dog eating feces. This stomach-turning habit is unfortunately common. It even has a fancy name—coprophagia. A 2012 study found that 16% of dogs are “serious stool eaters,” and 24% have tasted the forbidden feces at least on occasion. So if your dog eats poop, you’re not alone. Experts have a few ideas on why dogs do it:

There’s a lot to consider, and if you want to end your dog’s poop eating habit, start with talking to your vet. Since we adopted my dog Bailey three years ago, she has gone through phases when she likes to turn around and eat her poop right away. My vet ruled out a nutritional deficiency and suggested it might be a leftover behavior from when she lived chained up in someone’s driveway. They offered a taste aversion product to try and stop it, but that didn’t work. Now her bad habit is my motivation to pick up the poop in our yard right away. 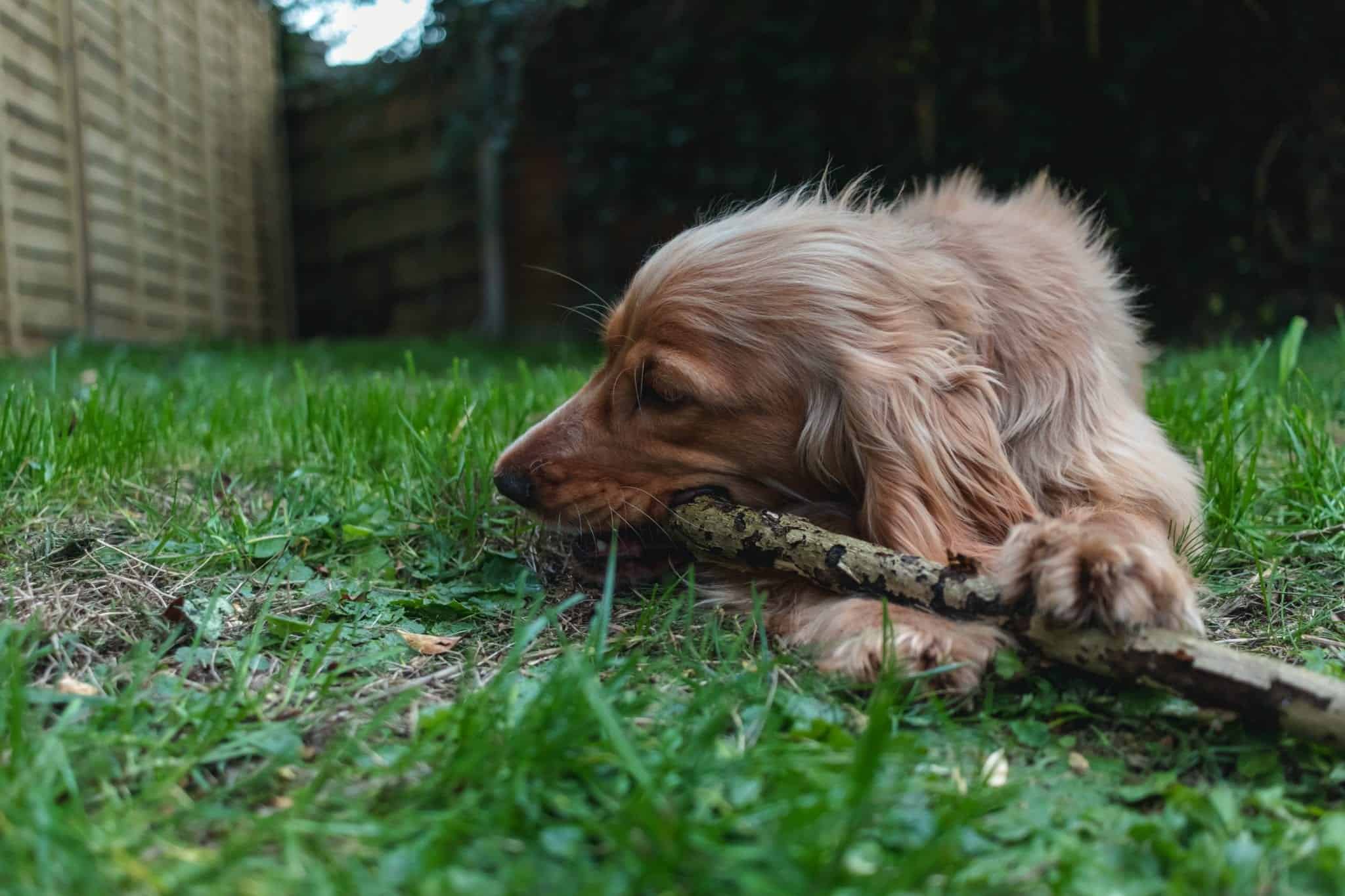 Why Do Dogs Eat Dirt, Rocks, and Sticks?

Eating dirt, rocks, and sticks isn’t quite as common as dogs that eat grass, but it still happens fairly often. Eating sticks is usually an aftereffect of a dog playing with a stick and getting carried away with their chewing. Playing with sticks seems like normal dog behavior, but it’s best not to encourage it. Sticks can be dangerous, and many dogs have died due to stick-related accidents. My dog Copper almost choked on a stick fragment after it got lodged in his throat while running around the yard. It was seriously scary, and now sticks are a big no-no for my dogs.

As for rocks and dirt, research shows this odd eating habit could be related to an underlying medical issue. It could be a desperate attempt to add minerals or vitamins to their diet, or it could be a sign of extreme hunger caused by diabetes or hyperthyroidism. It’s important to talk to your vet to rule out these serious health conditions. If your dog is constantly snacking on dirt and rocks, there’s most likely something else going on. But if it’s an isolated incident, the explanation could be something simple, like someone spilled their milkshake on the ground, and your dog wants a taste.

Does your dog have an odd eating habit that we didn’t cover here? Let us know in the comments!

Can Dogs Fake Injuries For Attention?

Why Is My Dog Scooting?