Top Posts
What To Do If Your Dog Is Stung...
The Seven Most Dog-Friendly Cities Around the World
Canine 411: Beagle Mix – Everything You Need...
Tips For Identifying Dog Fleas And Top Flea...
Anxiety Medication for Dog Anxiety – All You...
Want Another Pup? Here’s How To Know When...
The Ultimate Guide for The Cavoodle Dog Breed
Helpful Tips On How To Teach Your Dog...
The Truth About Ear Cropping: Why You Shouldn’t...
5 Off-Leash Dog Beaches In The US Your...
Dog HealthTIps for Dog Owners

The Truth About Ear Cropping: Why You Shouldn’t Crop Your Dog’s Ears

Ear cropping is commonly seen around breeds such as the Doberman, Pit Bull, and the Cane Corso. While having the dog’s ears cropped may make them have a “big and bad” appearance like that of an aggressive guard dog, the dog is not born with the ears being cropped and is a long process before the dog is back to normal. Here are a few reasons why you shouldn’t crop your dog’s ears. 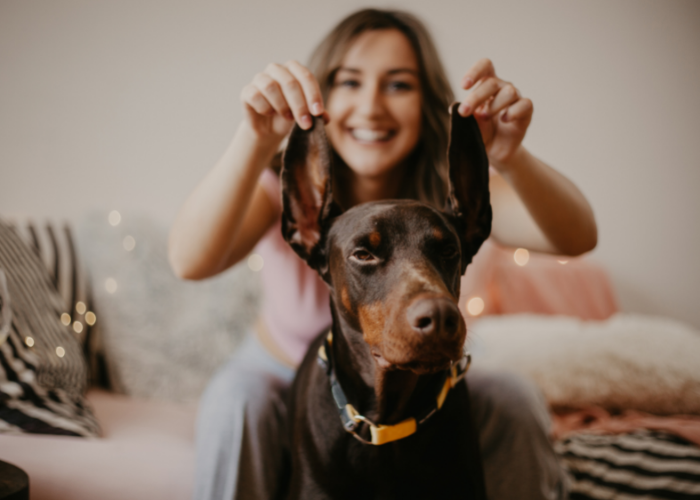 Ear cropping is completely cosmetic on dogs. There is no medical reason as to why a dog’s ears should be cropped. Ear cropping is a surgery that requires general anesthesia at 6 to 12 weeks of age. Even before dogs are spayed or neutered at 6 to 7 months of age. This is placing a puppy under unnecessary anesthesia and placing them at the risks of anesthesia at a very young age, even at a younger age than when a puppy usually receives a Rabies vaccine. 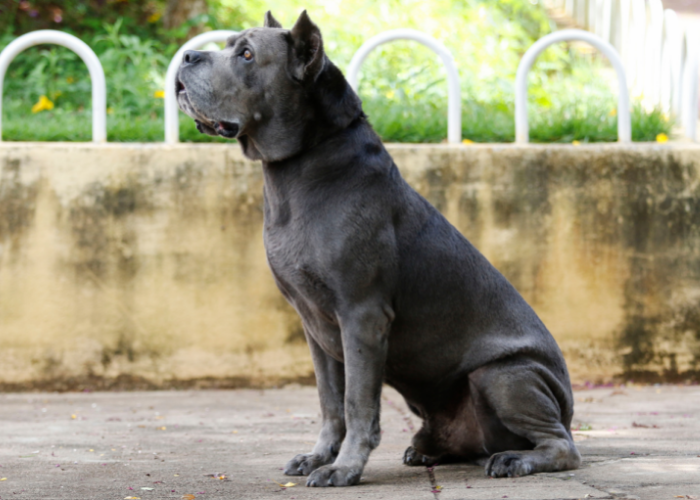 The Procedure Requires a Long and Painful Recovery Process

Ear cropping procedures have a very long and painful recovery process for the dog. It requires external sutures and constant pulling, reshaping, taping, and bandaging of the ears once a week or more. Some people even use tampons placed down in the ear canals to help shape the ears. Ears are extremely sensitive and the cropped edges can become infected, making the recovery process even longer. While being bandaged, taped, and shaped, it is also common for ear infections to happen in the ear canal themselves. Once the ears have finally healed, which can take weeks, the sutures still need to be removed which can be difficult and future ear exams can be difficult to do as well as the dog will associate something bad and painful with their ears. 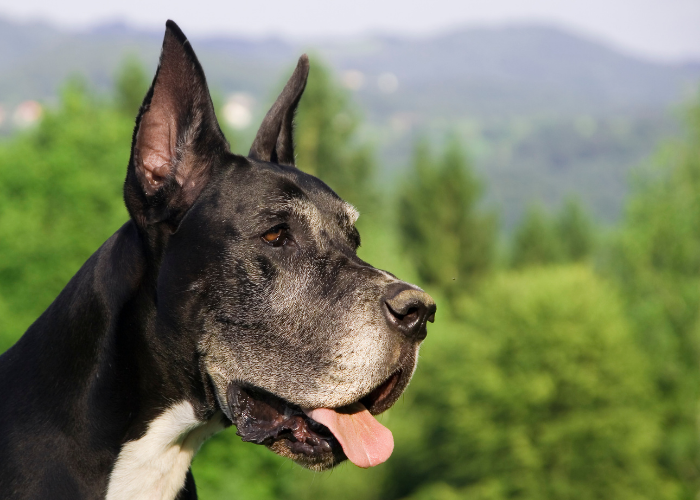 Thankfully, Ear Cropping is Banned in Many Places

Most veterinary hospitals will refuse to perform the surgery because ear cropping is an unnecessary cosmetic procedure. All AAHA (American Animal Hospital Association) accredited hospitals will not perform the surgery. In fact, the American Veterinary Medical Association Animal Welfare Division released information about being opposed to ear cropping and it even becoming a welfare issue due to the procedure having no benefit to the dog whatsoever, being a cosmetic surgery with “potential negative outcomes for the dog.” Although the American Kennel Club (AKC) supports cropping of the ears, show dogs with ear croppings will not be allowed to compete in any of the United Kingdom dog shows. 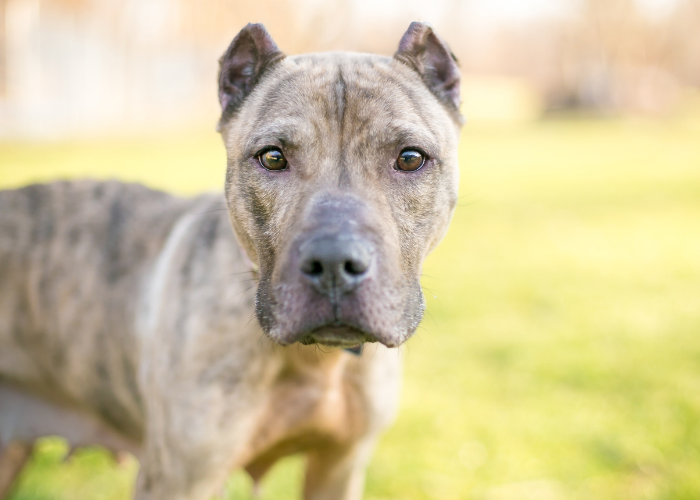 A dog with cropped ears may have that tough and aggressive “bad dog” appearance that people want, but the process is not in favor of the dog. It is painful through recovery and being placed under general anesthesia comes with risks of itself, the greatest being death. Are you willing to put your dog at risk of death just for an unnecessary cosmetic surgery? 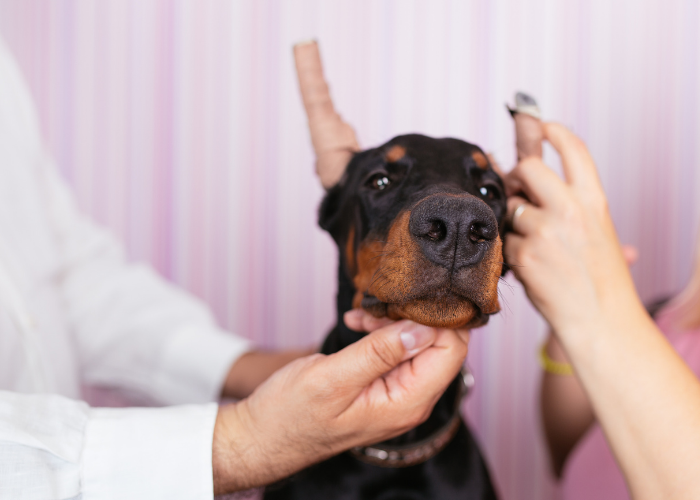 What To Do If Your Dog Is Stung...

Anxiety Medication for Dog Anxiety – All You...

Want Another Pup? Here’s How To Know When...

Helpful Tips On How To Teach Your Dog...

Retractable Leashes: What Every Dog Owner Needs To...

How Do I Crate Train My Puppy?

Here’s How Often Should You Walk Your Dog

Why Do Dogs Eat Grass?

Expert Tips To Trim Your Dog’s Nails On...

Dani Buckley is a small-town resident in Montana. She is a veterinary technician manager and mom of eight four-legged kids – 5 dogs, 1 cat, and 2 horses. When she moved back home to Montana, her horses and her dogs moved with her (Carbon and Milo). The pack grew by three when she moved in with her boyfriend, Cody. Altogether there is a German Shepard (Lupay), a Border Collie (Missy), a Blue Heeler (Taz) and her two adorable mutts. Her horses are her free time passion – Squaw and Tulsa. Dani has owned Squaw for 17 years and this mare has made 2 trips across the country with Dani! Squaw is a retired rodeo and cow horse. Her other mare, Tulsa, is an upcoming ranch horse. The girls have an unmatched personality and bond with Dani. She has been around horses her entire life and rodeoed throughout highschool and beyond. Now, she enjoys riding on the ranch, working cattle and trail riding.