When we talk about house training dogs, we’re usually talking about puppies. Those adorable little bundles of fluff steal our hearts, but they almost always pee on our carpets. And while we scrub out stains, we know it’s not the puppy’s fault. A pee puddle or two is an unavoidable part of puppy parenting.

Adult dogs, however, don’t always get that same leniency. It’s easy to expect all adult dogs to already be house trained, but that’s not always the case. 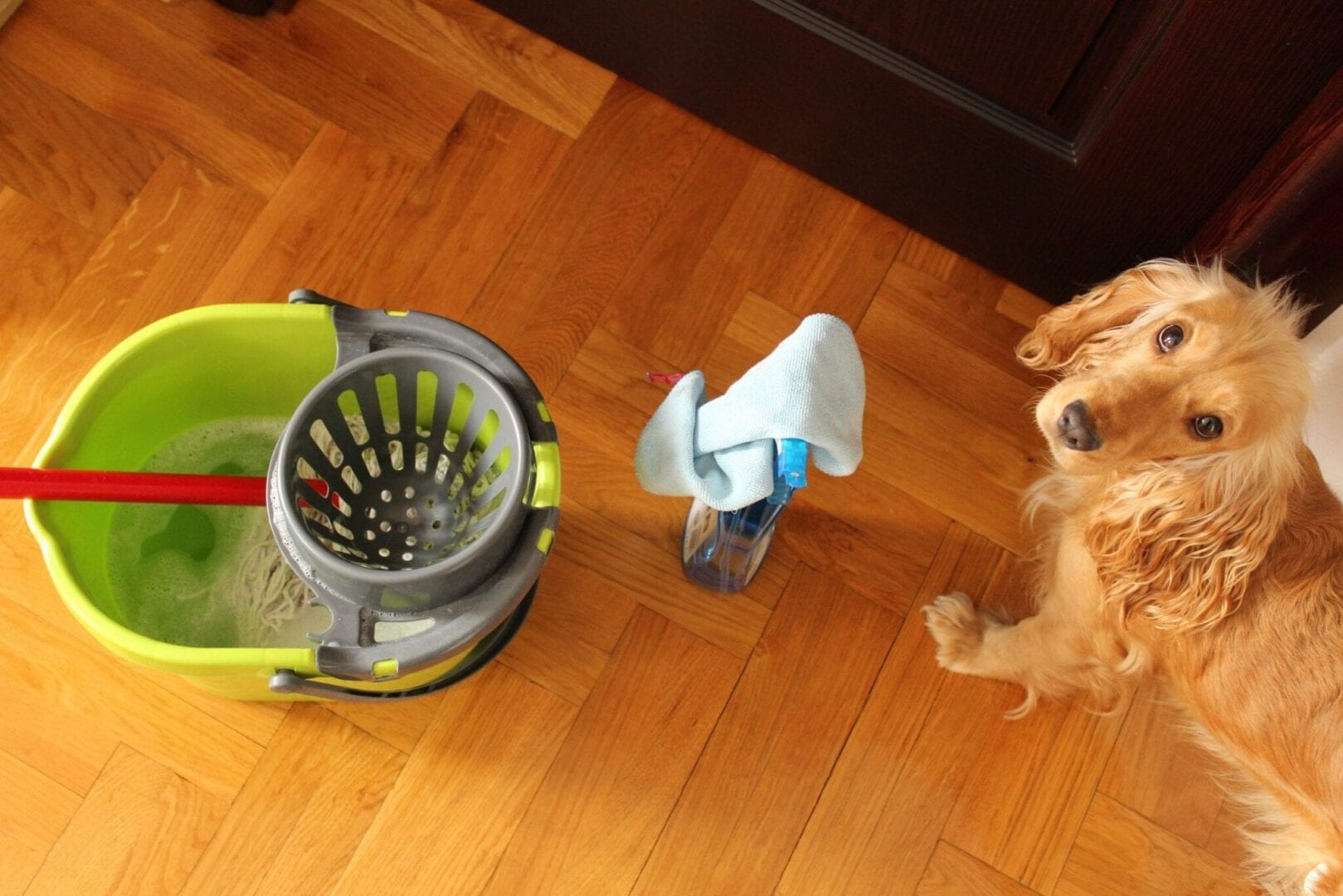 Training an adult dog to only go to the bathroom outside can sometimes be a challenge, but I promise you it’s not impossible.

When my husband and I adopted Bailey, she was almost four years old (at least that was the vet’s best guess).

She was spunky, always smiling, and her tail did this thing where it never stopped wagging. What we didn’t realize when we first met her, however, was that she wasn’t house trained. It might have been because her previous families never trained her, or maybe she was extra stressed and confused after being in the shelter.

Either way, I was cleaning up pee puddles and poop piles pretty much every day until I realized the problem wasn’t going to fix itself. I had never house trained a dog before, so it was all new territory. It took a while, and there were definite set backs, but I’m super proud of where Bailey is today. 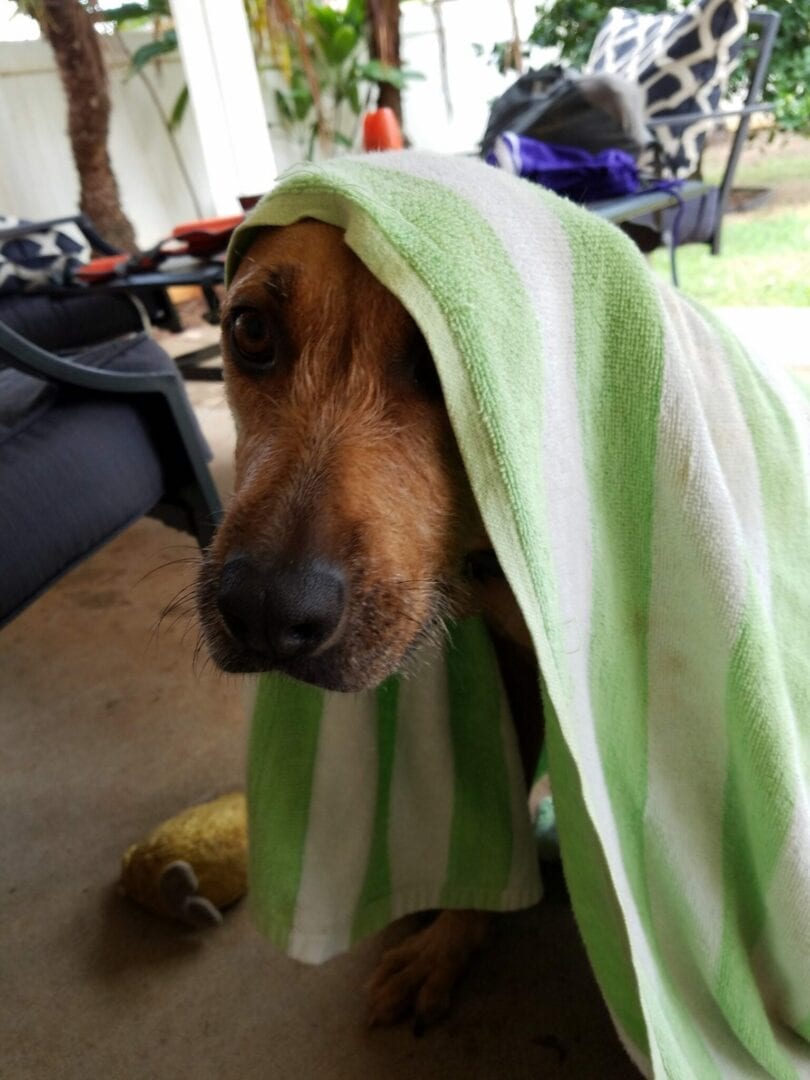 I’m telling you all this, because I know how frustrating it is to have an adult dog that doesn’t seem to grasp the concept of potty training. I know I’m not the only one that has put their bare feet in a surprise pee puddle and spent entire evenings scrubbing pee and poop out of the carpet.

You’re not alone, and I have some tips to help you get through this rough patch with your adult rescue dog.

Before you get started addressing your adult dog’s behavior, you have to have a general idea of WHY it’s happening. It could be because:

If your dog’s house training issues are related to a medical, emotional, or behavioral issue, talk to your vet. There are specific things you can do to.

But if you believe the problem is nothing more than a lack of training, here are ways to move forward. 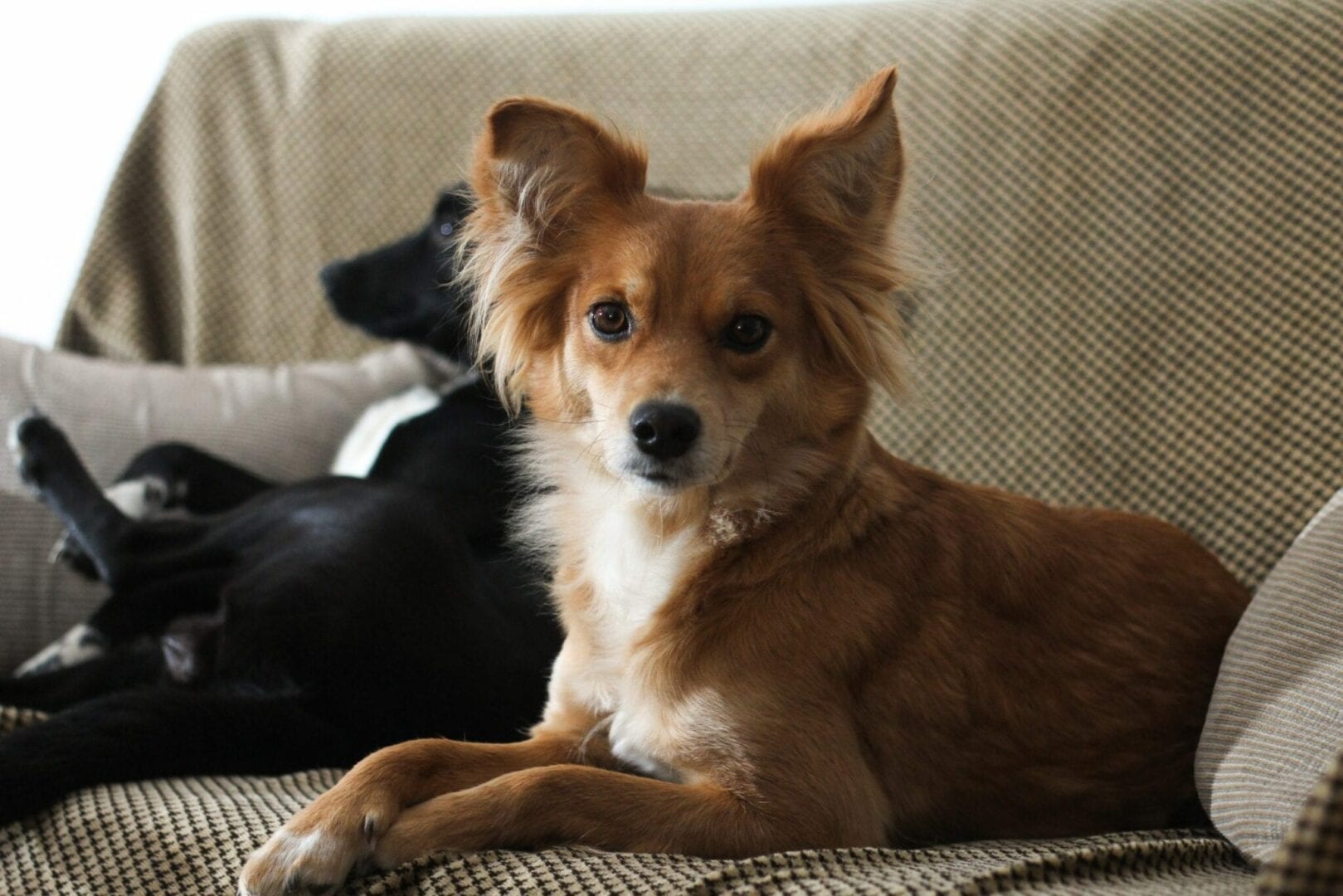 Be Consistent With Meals and Bathroom Breaks

You want your dog’s body, along with their mind, to be on a regular schedule. Always serve up meals at the same time and go outside for a potty break shortly after.

It might take some trial and error to determine what schedule works best. I learned that I needed to let Bailey outside immediately after a meal. If I forgot or delayed for even 10 minutes, it was guaranteed that she would pee on the floor.

Even if she wasn’t acting like she needed to go, I made her go outside. More importantly, I didn’t let her come back inside until she went to the bathroom. Sometimes that took an irritatingly long time. And honestly, sometimes I just didn’t have time to stand out in the yard with her. But those days that I gave up were also the days Bailey added new stains to my carpet.

My day always went better when I made Bailey go to the bathroom on a schedule. Here’s what our “mandatory” potty break schedule looked like:

Bailey ended up looking forward to those mandatory potty breaks, because she knew they always ended with a treat and butt scratch. As soon as she eliminated outside, I didn’t hold back on letting her know how amazing she was.

My neighbors probably thought I was crazy for basically throwing a party every time my dog peed/pooped outside. But I’m positive my happy reactions helped reinforce Bailey’s house training. 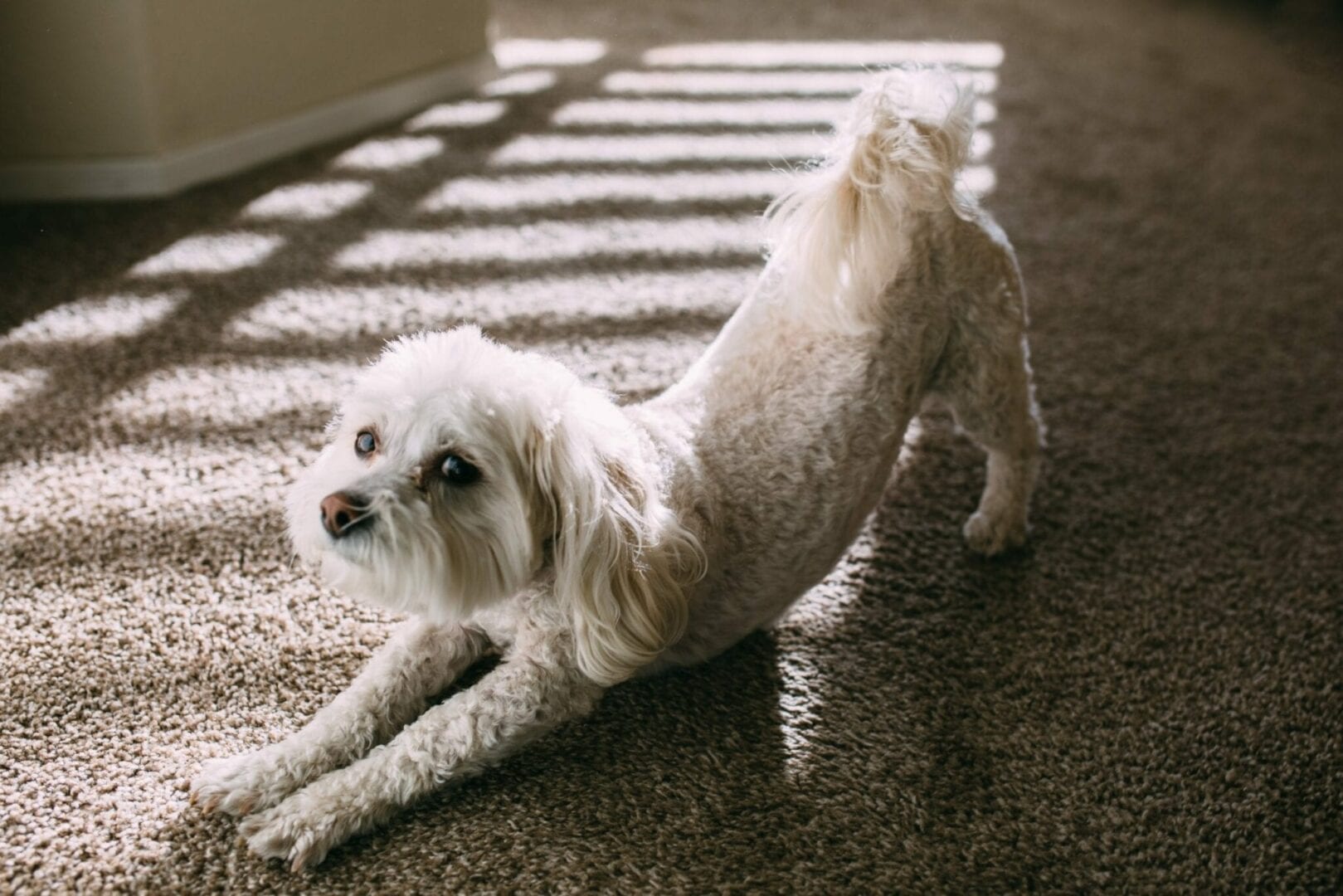 I found that the key to rewarding good potty behavior was being right there when it happened. It didn’t work to just let Bailey outside and reward her when she came back inside. I needed to be standing right next to her out in the yard so I could heap on the love the exact second she did what I wanted.

Be a Helicopter Parent

If you watch closely enough, you should be able to know when your dog is thinking about taking a squat on your living room rug. Bailey would kind of wander across the room with no real direction or purpose before she peed on the floor. Sometimes she would walk in a circle or smell the ground. If you think your dog’s behavior is even slightly odd, take them outside to the bathroom.

You also shouldn’t leave your dog in a room unsupervised during this house training phase. If they pee when you’re not looking, there’s nothing you can do but clean up the mess.

If you’re lucky enough to catch your dog in the act of fouling your floors, use it as a learning opportunity. You want to catch their attention mid-stream, get them to stop, and immediately take them outside.

What you don’t want to do is scare them or rub their nose in the mess. Being rough will only make them afraid of getting caught. They’ll most likely get sneakier and start peeing in places that are harder to find and clean up.

Try clapping your hands, stomping your feet, or shouting their name to get your dog’s attention. 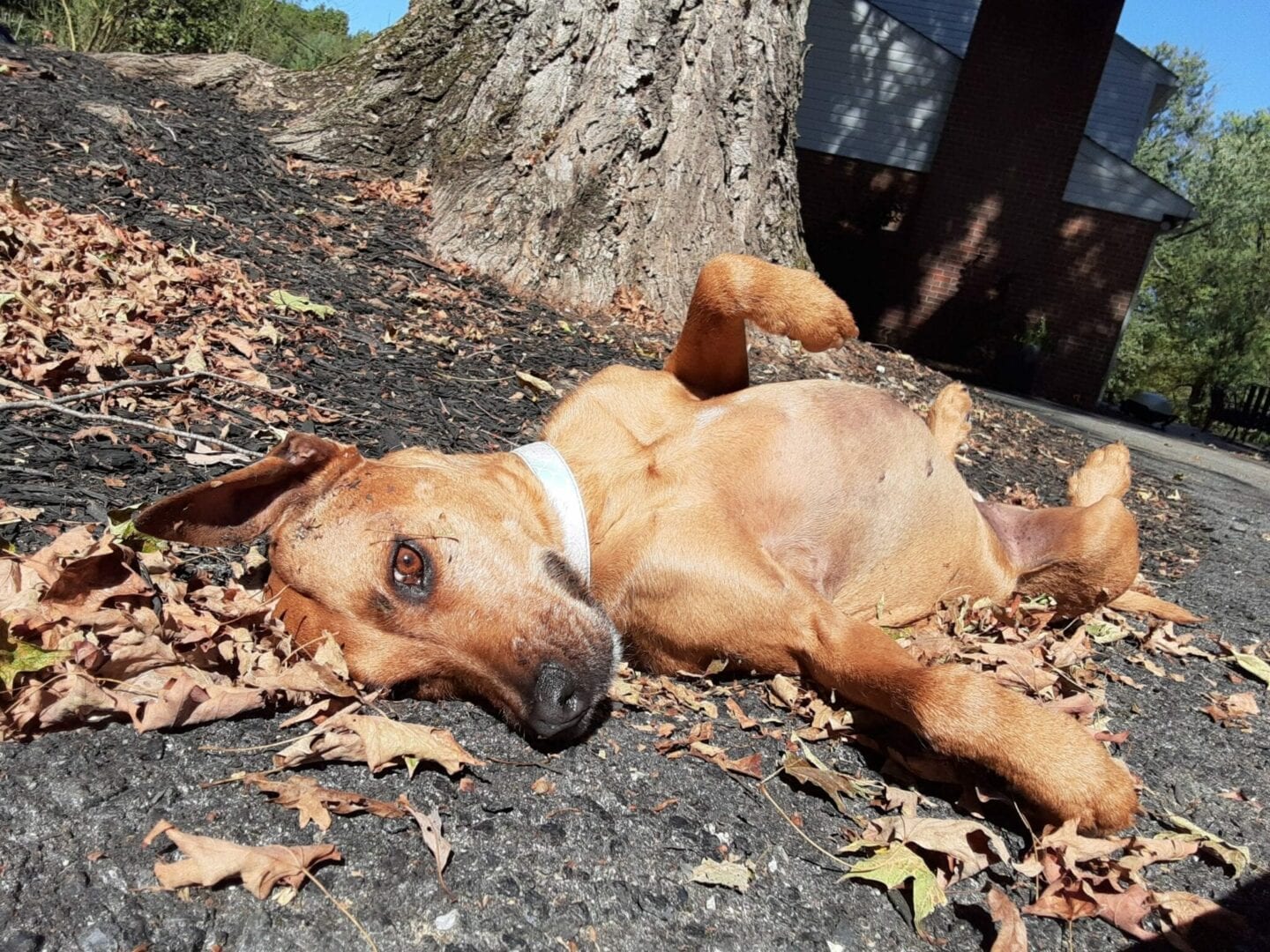 The above tips helped me get Bailey to the point where she was no longer peeing inside during the day. But nighttime was a different story.

Every night for several weeks, Bailey would either pee in the carpeted hallway outside our bedroom or wake me up while she was roaming the house. I talked to our vet about the possibility of a medical reason, but we ruled that out. At that point, she was regularly waiting eight hours between bathroom breaks during the day. This only happened at night. We theorized that she was simply waking up at night to do her own thing. And she knew we weren’t awake to let her outside, so she didn’t see anything wrong with taking care of business inside.

Reinforcing her mandatory before-bed bathroom break helped, but we were still having issues. Finally, we decided to go back to crate training.

Crate training was one of the first things we did with Bailey. Once she was comfortable with her crate, however, we rarely closed the door. She used her crate as a comfy place to take naps, and that was about it. 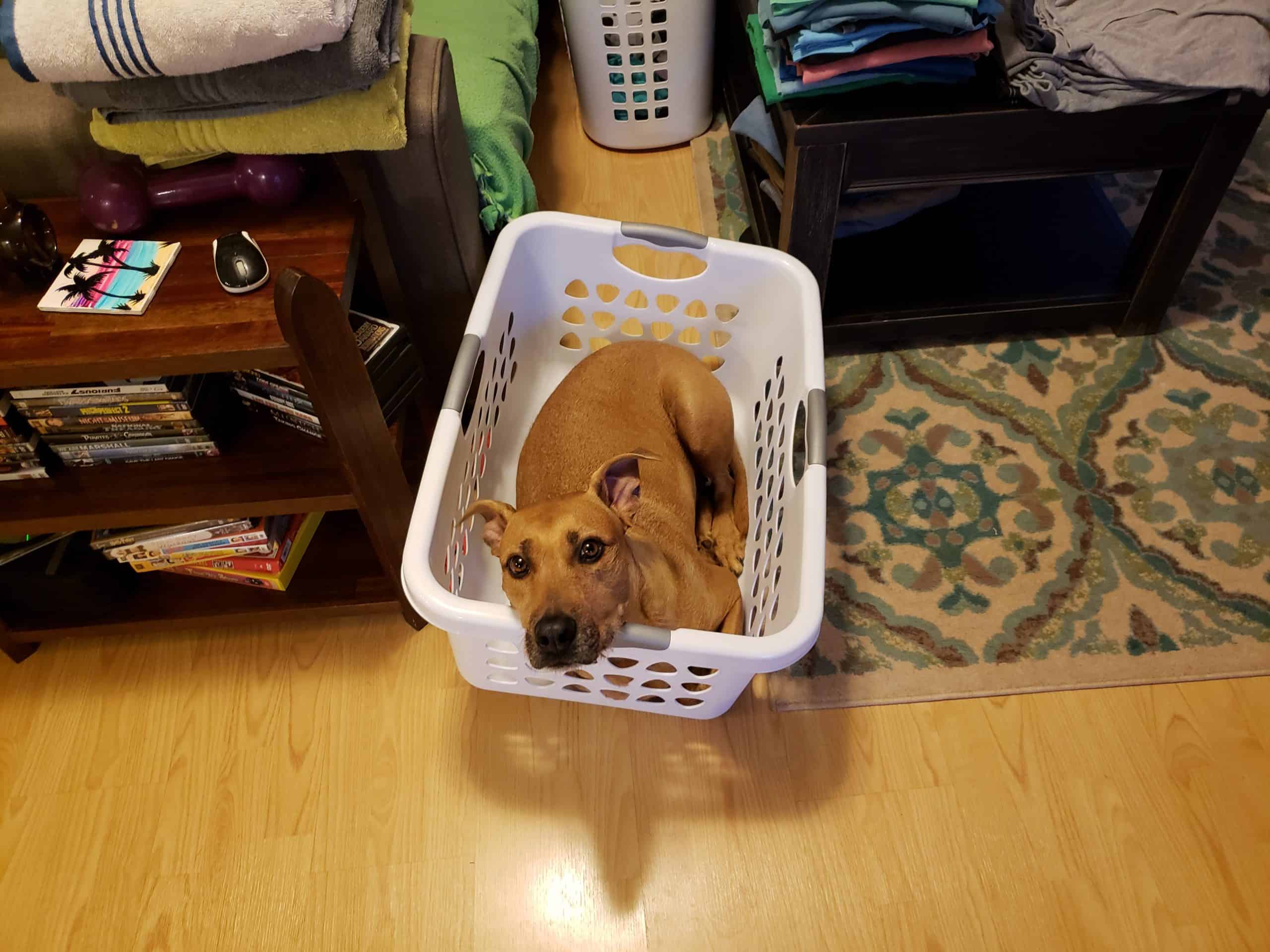 Faced with this new house training problem, we started putting Bailey in her crate to sleep at night. For the first couple of nights with this new routine, she would still wake up–and then bark until I woke up. When that happened, I got up, took her outside to the bathroom, and then put her back in her crate. There was no more roaming the house unsupervised.

Eventually, she got the picture and stopped wanting to be let out in the middle of the night. She started sleeping more soundly, and she never had an accident in her crate. After two weeks of this, I decided to try leaving her crate door open again. Since then, I haven’t had to scrub my floor once! Crating her at night for those few weeks worked to break her of a bad habit.

After all that trial and error, and going through SO many paper towels, I can finally say that my adult rescue dog is 100% potty trained (knock on wood). It took longer than I would have liked, but we made it.

If you’re facing a similar issue with your dog, my advice is to stay consistent with the above tips. It won’t happen overnight, and you’ll most likely have set backs. There were times when I thought Bailey understood, but then a few days later I’d be back to scrubbing the floor.

Don’t give up on your pup! You already did a great thing by adopting an adult rescue dog, and they’re relying on you to see them through.

Does your dog like to pull on the leash?  Click here to learn how I trained Bailey to walk nicely on a leash. 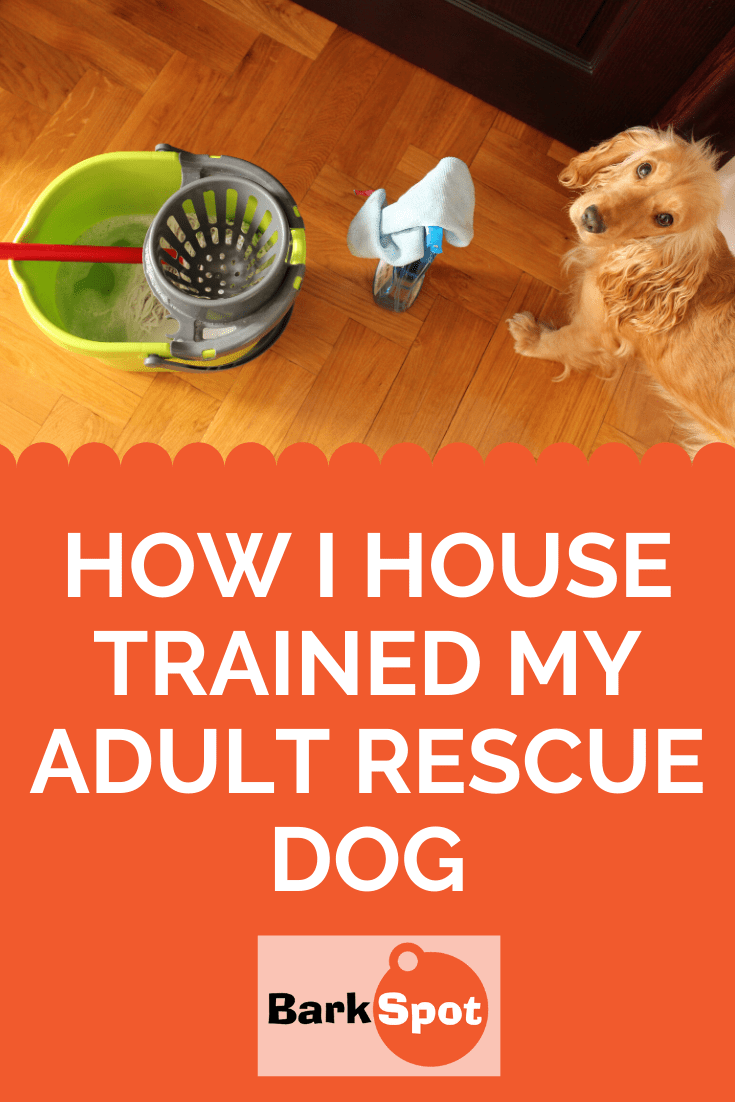