At only four months old, a hound puppy named Copper has already seen the worst of the world. This sweet boy was taken in by Poodle and Pooch Rescue of Florida, and it was obvious he needed help. His two front paws were painfully swollen, and his ribs showed after what must have been weeks of neglect. He was in trouble, but dedicated rescuers and a team of veterinarians are working hard to give him the best life. 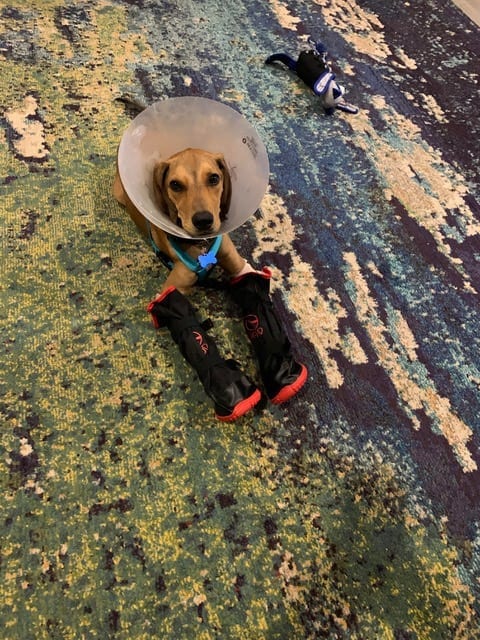 Poodle and Pooch Rescue is a non-profit animal rescue organization.

They focus on saving the “leftover” dogs that find themselves in high-kill shelters. With a network of dedicated rescuers, fosters, and volunteers, they pull dogs out of shelters that would otherwise be deemed “unadoptable.” Many of these pups are seniors or have costly medical conditions. Poodle and Pooch Rescue pays for their veterinary care and provides safe foster homes until they can match dogs with the perfect adopters.

Copper is an example of a dog that wouldn’t have survived in a typical shelter setting. With obvious injuries, the veterinary cost alone put his future at risk. With so many lives to care for and limited funds, all shelters struggle to provide life-saving care to the animals that need it most. 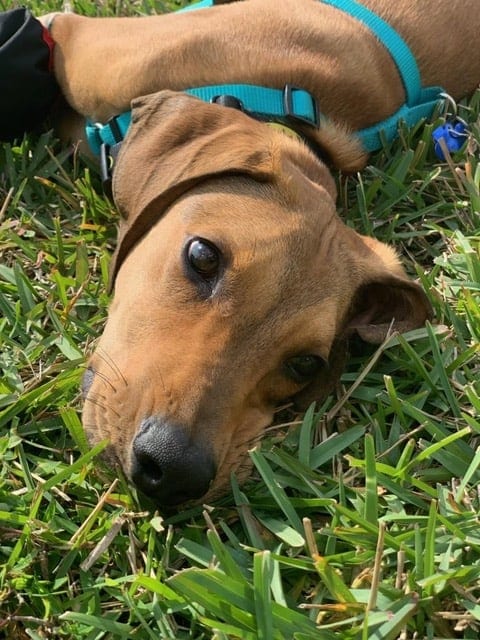 Luckily, Poodle and Pooch Rescue found Copper and brought him into their care.

The first thing rescuers noticed about Copper was how skinny he was. They could clearly see his ribs, and he was obviously several pounds under weight.

Their next concern was about Copper’s front paws. Both paws were swollen and painful. After completing detailed orthopedic radiographs, it was determined that both of Copper’s front legs were broken. All of the metacarpal bones in his right front leg are broken, and on the left side, his radius and ulna are also broken.

With no evidence of road rash or other injuries, Copper’s vet does not think the puppy’s injuries were an accident. It’s impossible to know for sure, but the nature of Copper’s injuries suggest he was stomped on or kicked.

Posted by Poodle and Pooch Rescue of Florida on Thursday, January 23, 2020

As heartbreaking as Copper’s situation is, his rescuers know he has an incredible love for life.

After splinting his two front legs so they can heal in the proper position, Copper was sent home with a loving foster family. Crate rest isn’t easy for a young pup, but Copper is settling into life with loving humans.

“Copper’s foster family reports that sweet Copper is one of the gentlest and most well-mannered puppies they have ever met. He loves absolutely everyone he meets – human, canine, or feline – and he is wonderful with the children in his foster home. “ 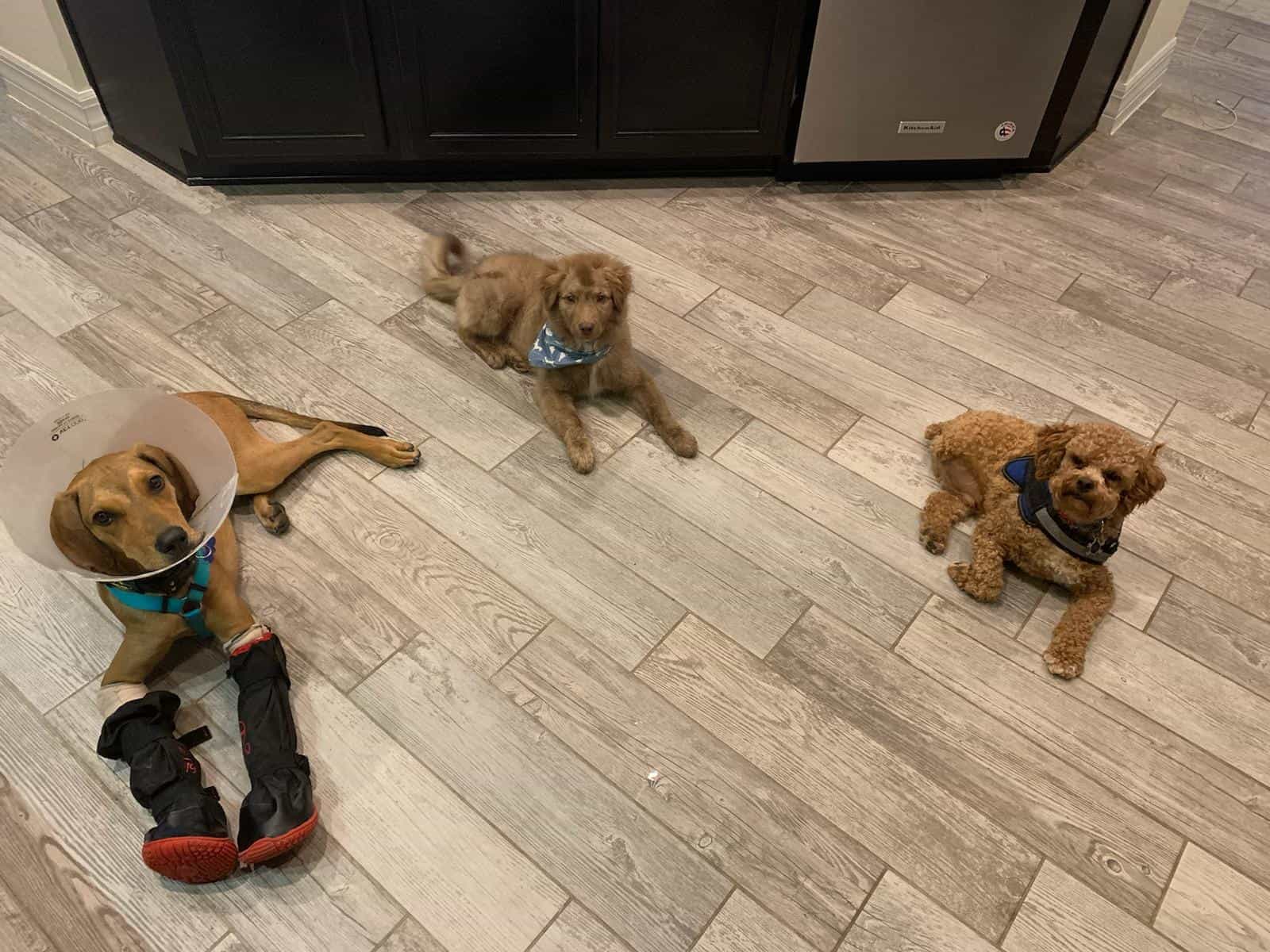 Snack time is Copper’s favorite, but he also enjoys cuddling with his foster family. He’s formed a special bond with one of the little girls in his home and has already learned several new tricks. Even with two broken legs, Copper loves life. He’s a happy, affectionate puppy who can’t wait to see what good things life has to offer.

Poodle and Pooch Rescue told BarkSpot that Copper is expected to make a full recovery. His splints need to be changed weekly as he grows, but veterinarians are optimistic that Copper will one day walk without so much as a limp. If he had been found any later, that might not be the case.

As Copper continues to heal, he’ll also get ready to transition from a foster home to a forever home. He’ll be available for adoption from Poodle and Pooch Rescue of Florida as soon as his legs are healed. He’ll also be microchipped and neutered.

If you think Copper would fit in with your family, contact Poodle and Pooch Rescue of Florida.