We all know stranger danger is a real thing, but why do some dogs take this warning to the extreme? They bark and carry on whenever an unfamiliar person either walks in their direction or looks their way. Some dogs do it while out on walks, through a fence, or even from behind the living room window. There’s something about seeing strangers that riles them up. Before you can think about changing your dog’s behavior, you have to understand why dogs bark at strangers in the first place.

Every dog is different, and we won’t know their exact motivations until someone learns to speak their language. Thanks to animal behaviorists and trainers, however, we can take a few educated guesses as to why some dogs insist on barking at every stranger they see.

Here are a few possibilities. 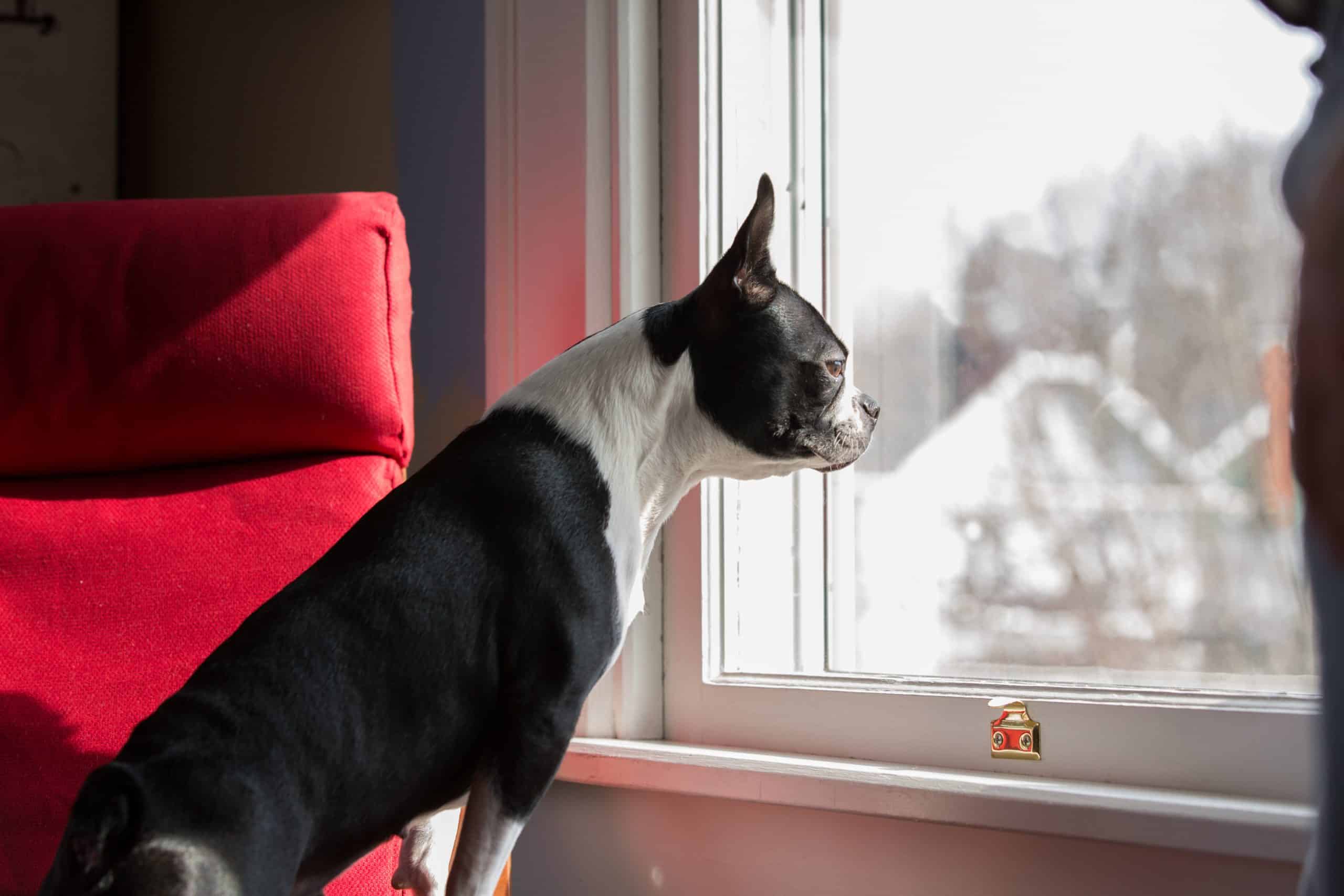 Being territorial is a natural instinct for dogs. And some breeds are more territorial than others. Bull Mastiffs, Doberman Pinschers, and German Shepherds are known for territorial behavior. Even your coach potato Pekingese can be a little defensive of their personal space.

The instinct to defend and protect their territories stems from an ingrained feeling that unfamiliar creatures pose a threat. In the wild, letting an animal get too close could be a death sentence. Even today’s domesticated dogs are trained to recognize family and be wary of everyone else.

So when your dog is snoozing in the bay window and sees the mail carrier approach the house, their territorial instinct kicks in. They see your house as their house, and barking is their go-to strategy for scaring off intruders and defending their home. 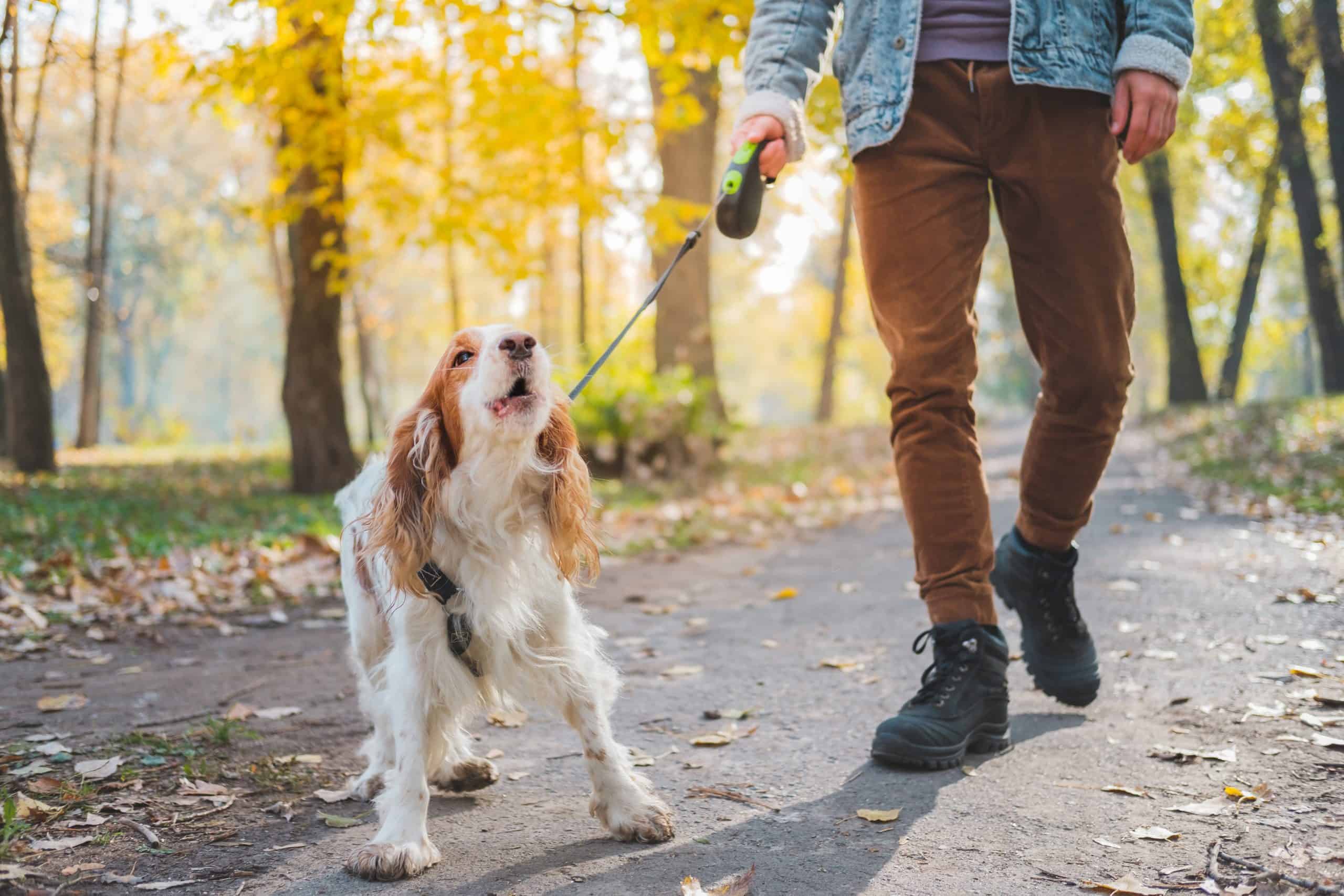 When dogs bark at strangers away from their perceived territories (while out on a walk or at a public park, for example), it might be alarm barking. Different from territorial barking, alarm barking is common in dogs that have gaps in their socialization training. If they weren’t exposed to unfamiliar people during the puppy stage, and have spent most of their lives around only their families, they might feel anxious and nervous around people they don’t recognize.

Alarm barking doesn’t always mean that a dog will be aggressive with strangers if they get close. Sometimes dogs like to act tough to alert their families of a new person. And when that person actually gets within petting distance, they calm down or avoid the person out of nerves.

One way to stop alarm barking is to work on training that boosts your dog’s confidence. Try using positive reinforcement whenever there’s a stranger nearby. With high-quality treats or a favorite toy, you can show your dog that strangers aren’t so scary. 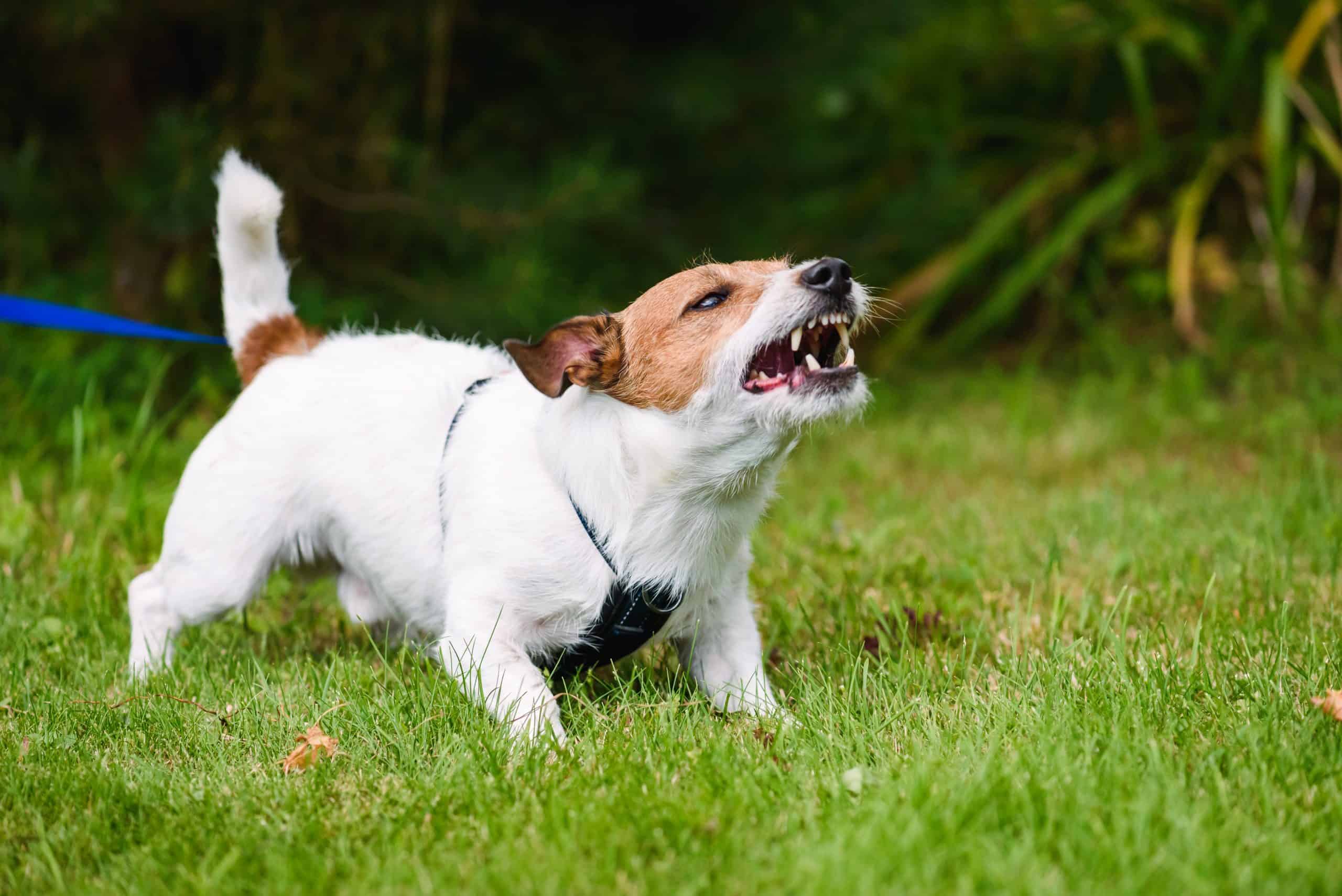 The extreme version of alarm barking is when dogs bark at strangers because they’re seriously afraid. In these situations, your dog is feeling extremely uncomfortable, and their behavior can be unpredictable. A scared dog could end up attacking a person in unnecessary self-defense.

There are several reasons why a dog could be afraid of strangers. They could have been abused in their past, or their lack of socialization developed past nerves and into extreme fear.

You can get a better idea of what your dog is thinking by paying close attention to their body language while they’re barking. If the hair on the back of their neck and spine is raised, that’s a sign your dog is seriously on edge. Also look for pinned ears and a forced “smile” that shows your dog’s back teeth.

If you think your dog is barking at strangers out of fear, it’s best to work with a certified animal behaviorist. 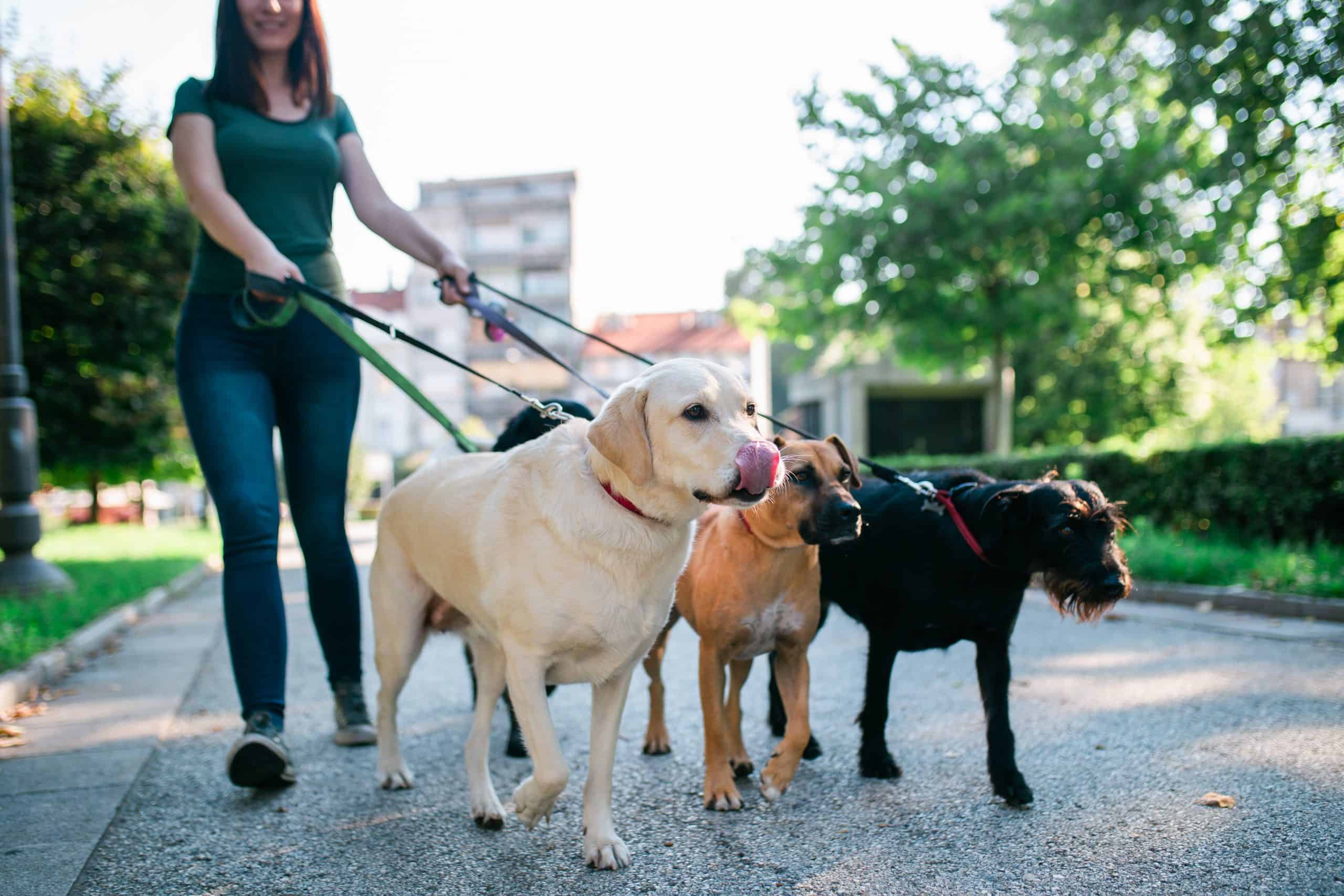 On the complete opposite side of the spectrum, some dogs bark at strangers because they’re super excited! They looovveee meeting new people, and they want to say “Hi!!” to everyone they see. These happy pups use their barks to attract attention. Some hope that by being loud, their future best friend will notice them and come over. Others bark out of slight frustration that the person they’re excited about meeting doesn’t want to play.

This kind of excitable barking is especially common in puppies and young dogs. Certain breeds, like Labrador Retrievers, Golden Retrievers, and American Staffordshire Terriers have a tendency to be almost overly friendly. They want to be best friends with everyone, and all that love can bubble over into barking, jumping, and whining.

While being friendly is never a bad thing, barking at strangers isn’t the best way to make friends. Simple training can help teach your dog impulse control. Show them that barking is not the way to make friends, but sitting nicely while a stranger approaches could earn them the attention they crave.

Do you know why dogs suck on blankets? Found out here! 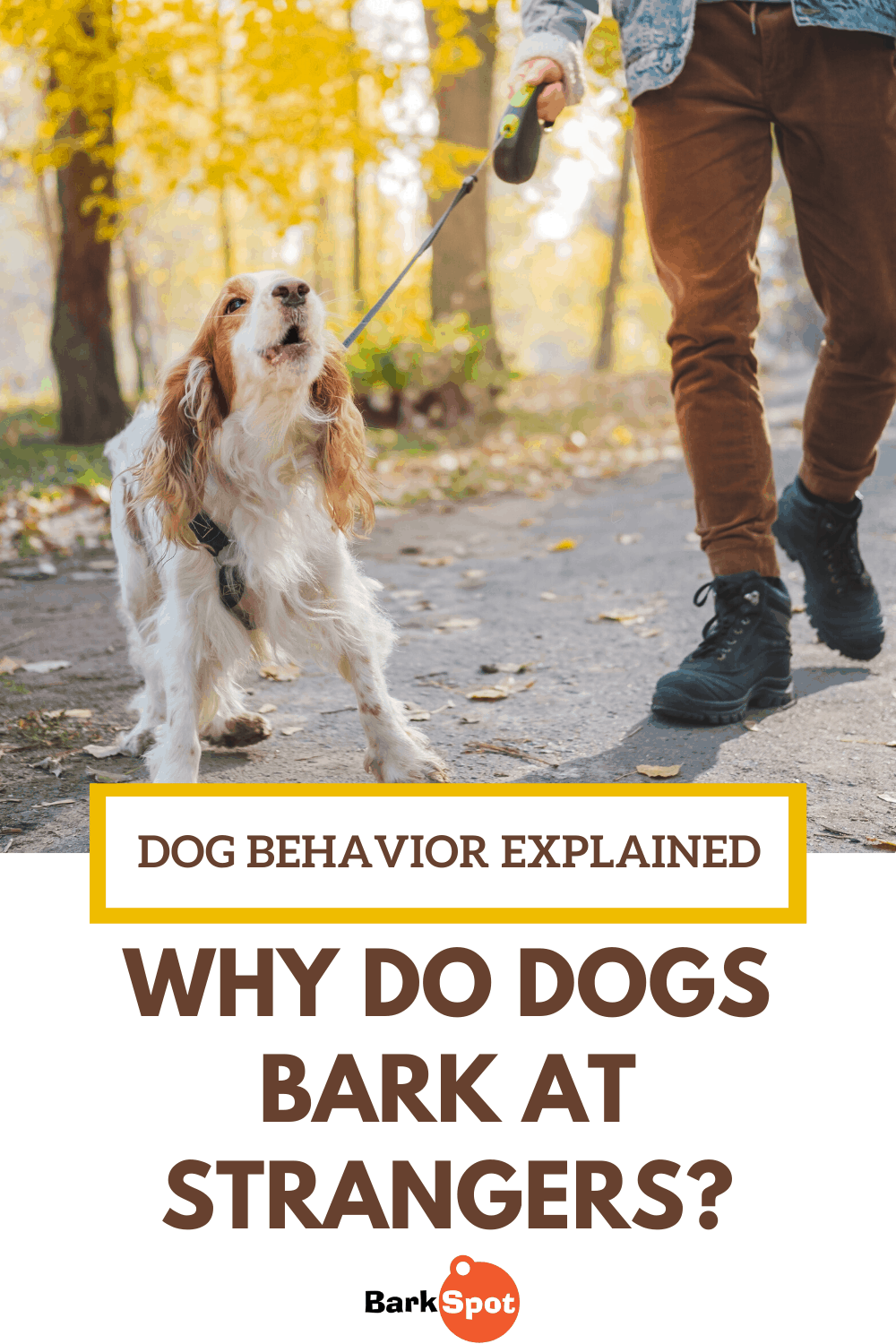