Your dog steals your heart along with your bed, but how much do you actually know about your canine family members? We know they offer unconditional love and never turn down a good belly rub, but there’s more to dogs than you might think. With hundreds of dog breeds in the world, it’d be impossible to know every little detail. But there are more than a few basic facts that every dog lover should know.

How many of these dog facts do you already know? 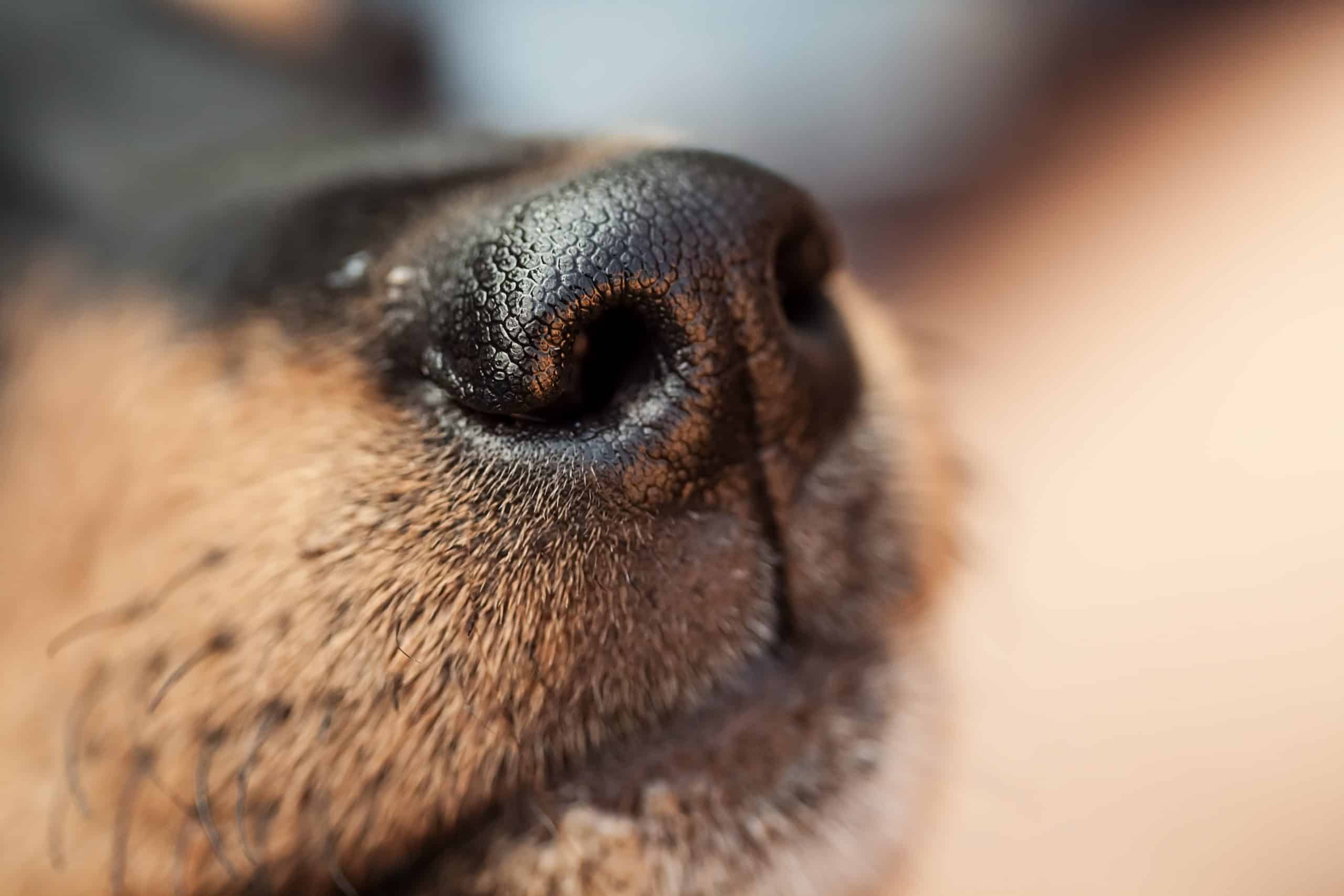 1. Every dog has a unique nose print.

Take a closer look at your dog’s snoot, and you’ll see a subtle pattern of swirls. That design is unique for every dog. It’s like how every human has a unique finger print.

2. There are currently 900 million dogs in the world.

This dog fact includes feral and free-range dogs, but that’s still a lot of dogs. Of that number, 90 million dogs live in the United States.

3. Dogs only need a little bit of light to see clearly in dark conditions.

They can’t see in complete darkness, but they need a lot less light than humans. Dogs have a special membrane in their eyes called a tapetum lucidum. This thin layer of tissue reflect even the smallest amounts of light and gives dogs the power to see clearly in dark environments.

4. Dogs have a higher body temperature than humans.

Don’t be alarmed if you take your dog’s temperature and it’s above 98.6 degrees. Normal body temperature for a dog is between 101 and 102.5 degrees.

Dogs can only sweat through the pads of their feet. They often struggle with temperature regulation and can overheat easily.

6. Dogs have wet noses so they can better absorb scents.

The wetness of a dog’s nose comes from a mucous that helps with their sense of smell. The mucous absorbs scents, and the dog can process those scents in olfactory glands on the roof of their mouth.

Dogs are notorious for eating disgusting things–even poop. Part of this is because a lot of foods taste the same to them. They only have 1,700 taste buds, while humans have around 9,000.

8. The common dog fact that dogs only see black and white is actually a myth.

The color red looks more like gray to dogs, but they definitely aren’t completely colorblind. They actually have a kind of red-green color blindness that allows them to see shades of blue and yellow along with black, white, and grey. 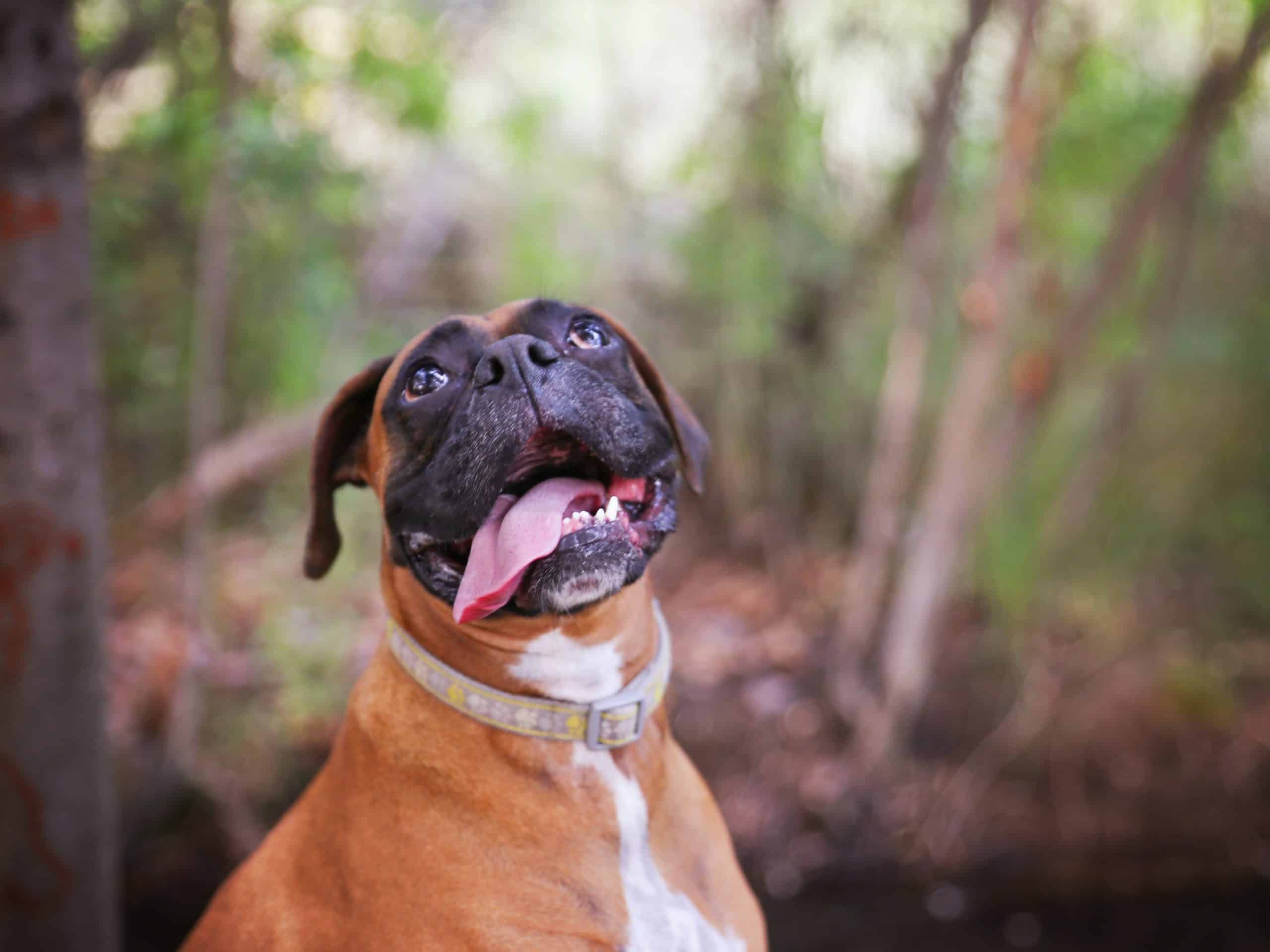 That’s 100 times more than the normal amount. But don’t be alarmed. Dogs pant to cool themselves down, and taking that many breaths is fairly easy for them.

10. Dogs curl into a ball to sleep to protect their major organs and stay warm.

That cute bagel-shaped sleeping position stems from an instinct dogs inherited from their ancestors. Wild dogs and wolves curl up in sleep to protect themselves from attack and keep from freezing.

While humans have two eyelids (an upper and lower), dogs have an extra eyelid called the nictitating membrane. It’s an opaque film that moves horizontally over the eye to keep it moist and clear away debris. You can see your dog’s third eyelid if you look in the corner of their eye. 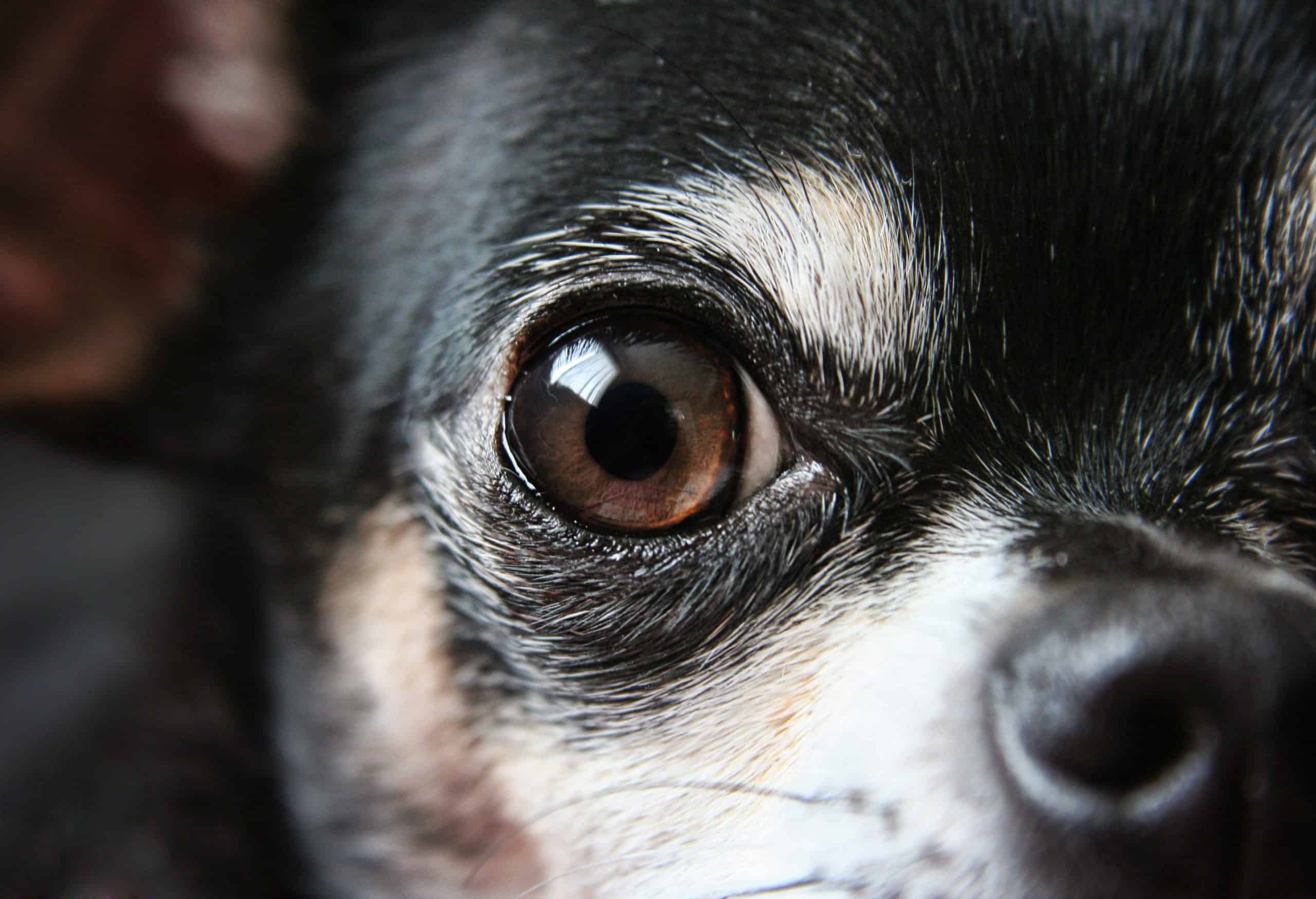 12. Dalmatians have to grow into their spots.

When Dalmatians are born, they are completely white. They don’t start developing spots until they’re about two weeks old. And their spots continue to darken and change shape up until they’re around seven months old.

13. Dogs aren’t trying to cover their poop when they kick backwards.

Cats have a natural instinct to cover their waste, but dogs don’t. So when you see your dog kick the ground with their back feet after going to the bathroom, they’re not trying to “hide their mess.” They’re actually marking their territory with scent glands in their paw pads.

14. Dogs are good for human health.

There are several scientific studies that show being around a dog has positive health effects. Some of those include lowering blood pressure, reducing heart rate, and preventing stress.

15. Dogs can sniff out illnesses including cancer and diabetes.

Dogs are commonly trained to detect weapons, dead bodies, and drugs, but their powerful sniffers can also sense human disease. There are dogs that are trained to detect cancer, diabetes, malaria, and tuberculosis simply by smelling a person. 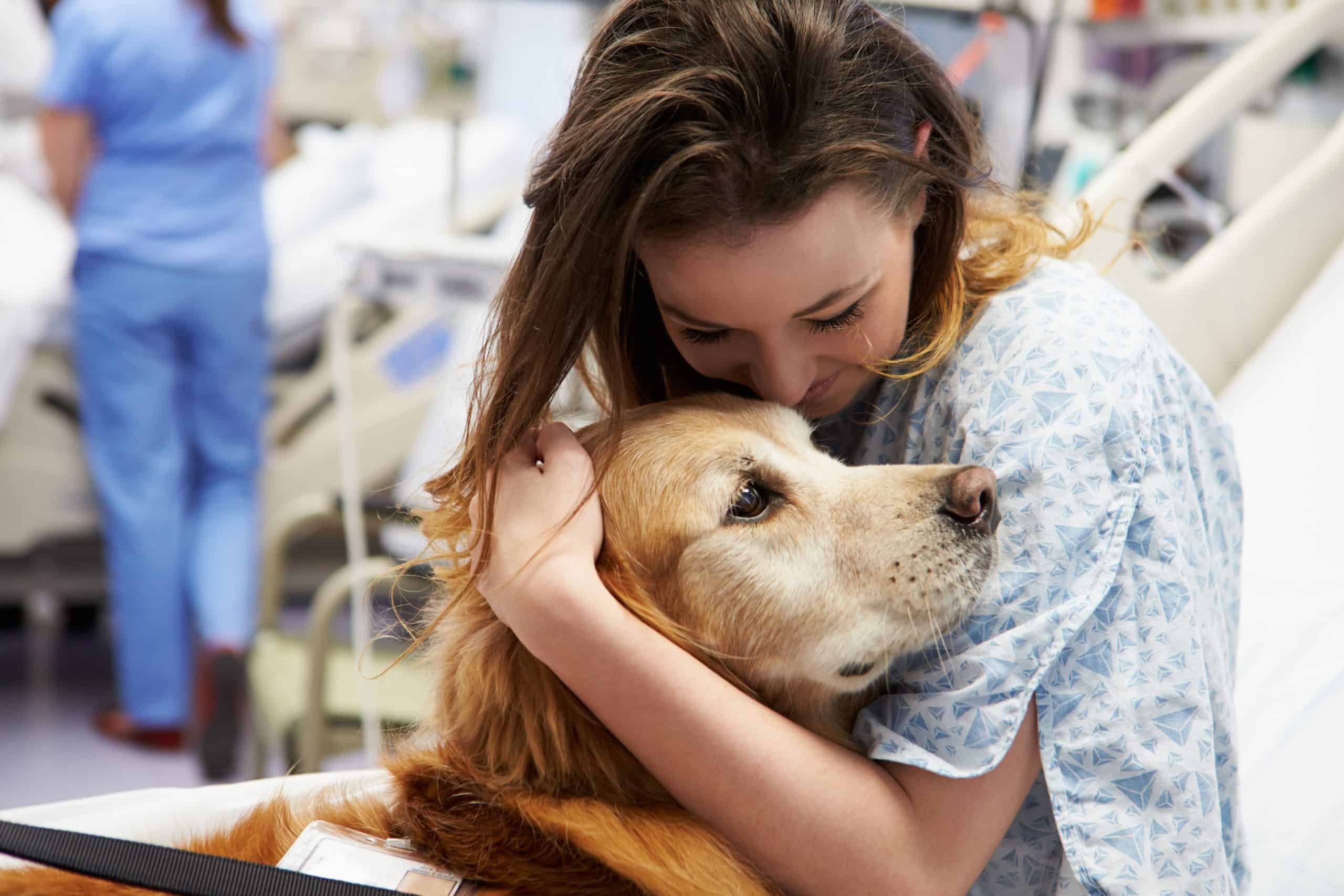 They can’t speak our language, but dogs can learn to understand it. Studies show our canine friends are capable of recognizing more than 1,000 words.

The Basenji is a small-medium dog that originates from Africa. Instead of barking, this dog only yodels. Click here to hear it.

18. Greyhounds are the fastest dog breed.

While some of the faster dog breeds can reach speeds of 20 mph, a Greyhound would leave them all in the dust. These fast dogs can run up to 45 mph. Imagine driving down the road and having a dog keep up with your car!

19. There are several dog breeds that have webbed paws.

The Newfoundland, Portuguese Water Dog, American Water Spaniel, Otterhound, and Chesapeake Bay Retriever are a few of the breeds that have naturally webbed paws. Their paws help them swim, and all of these dogs have a history of working in the water.

20. Labrador Retrievers have been the most popular dog breed in the United States for 28 years in a row.

Every year, the American Kennel Club compiles data to determine the most popular dog breed. Labs earned the top spot in 1991, and they haven’t let go of it since. Before this epic winning streak, the Poodle was number one for 22 years.

Want to know more dog facts about Labs? Check out this article. 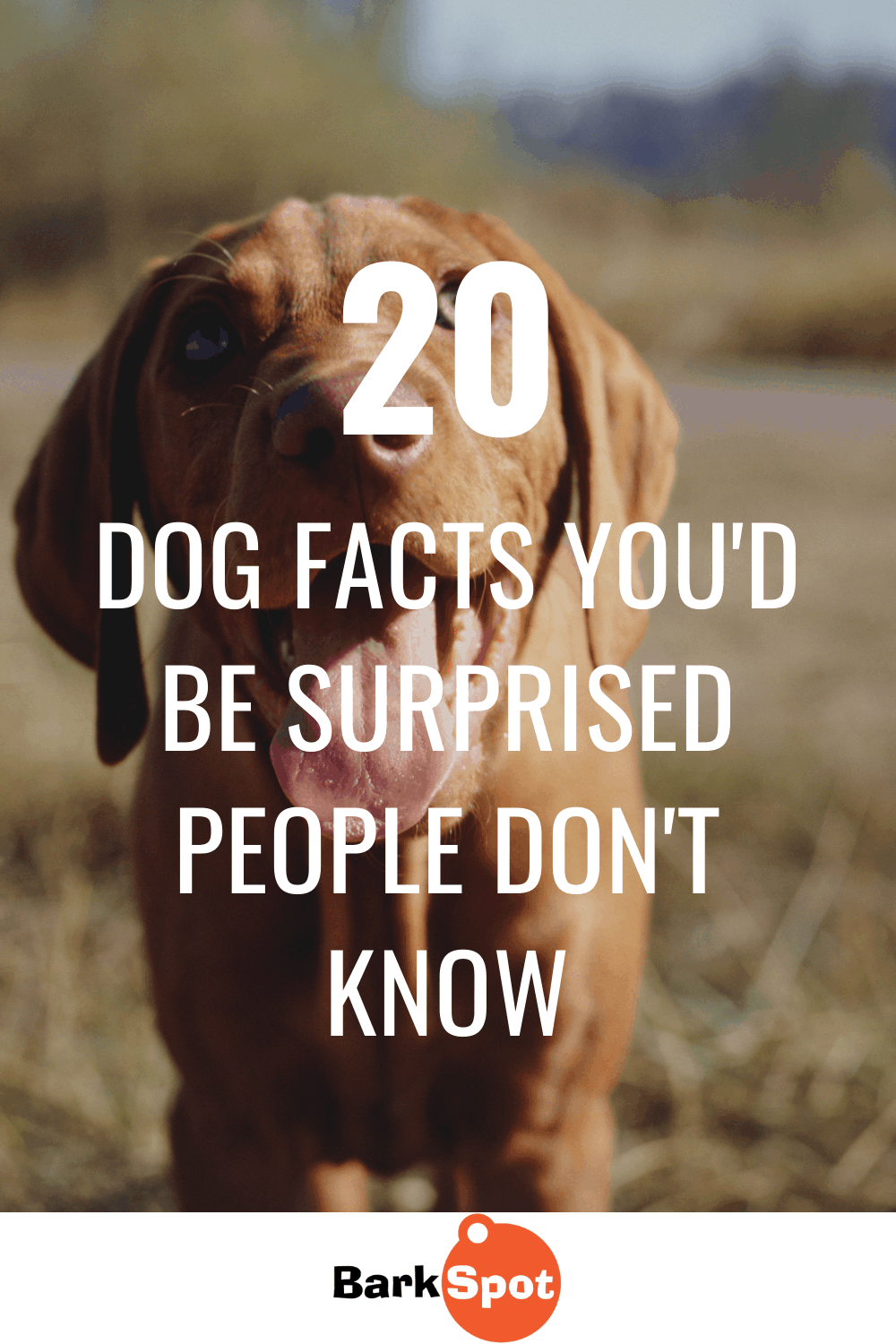